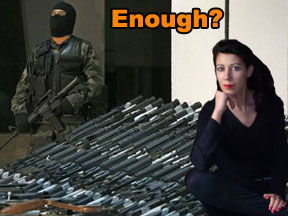 One of the more surprising things to come out of this year’s E3 was a backlash against the violence. The Last of Us trailer was often held up as an example of the ultra-violence on display at this year’s show, with several industry figureheads and journalists speaking out. I’m not sure that this E3 was more violent than any other, but it’s clear that some within the industry are growing tired of our fixation with killing things in more and more grisly detail.

I’m not adverse to a bit of violence, but I’ve been bored by the FPS for a long time now and I haven’t been quiet about it. However, if you look at my top picks from E3 2012, you’ll see a rogues gallery of bloody trailers. But here’s the thing, all the games I picked have interesting settings, great dialogue and intriguing characters, supported by quality acting. The tragedy is that somebody seems to fit to daub everything in blood to get our attention. Quantic Dreams’ Beyond: Two Souls was the only exception to the rule, with violence only hinted at, in what was a fairly restrained and quiet, yet powerful trailer.

Before E3 even hit, we’d witnessed that Hitman trailer, which was the pinnacle of sexualised violence and male and female gamers rightly voiced their anger and disappointment. However, the current discussion about violence has got me thinking that maybe its men who need to start voicing their disappointment.

Man-on-man violence fuels our industry. And we’re not just treated to a quick stab here or the odd shooting, it’s violence displayed in all its skull-smashing, bone-breaking, exit wound, blood-spraying glory. Men die gruesome deaths in almost every game in the top 10 on a given week. I know I’m sick of seeing it. I’m sick of the mindlessness of it, as I stare down the barrel of yet another gun and as a stream of nameless redshirts fall beneath my shower of bullets.

The Last of Us was one of my favourites from E3, but I have to admit I winced at the point where our hero smashes someone’s head against the corner of a table. Dishonored gave us atmosphere and cool styling, as well as a blood-drenched screen and this season’s de rigeur slow mo violence. Tomb Raider used violence to depict vulnerability, but if Lara fell out of another damn tree she was going to need more than a grotty bandage. But of course, she still had enough strength to stab someone in the throat, so we could listen to his blood-gurgling death throes.

Even Watch Dogs fell into the ‘violence and guns are good’ trap. Despite dishing up an exciting new world and concept, it took a turn for the boring when he started crouching behind cars shooting randoms. It’s just all so predictable.

Industry veteran, Warren Spector, was the first I heard speaking out about violence at E3, but many others also expressed discomfort or just violence fatigue. Spector told Games Industry Biz, ‘The ultraviolence has to stop. We have to stop loving it. I just don’t believe in the effects argument at all, but I do believe that we are fetishizing violence, and now in some cases actually combining it with an adolescent approach to sexuality. I just think it’s in bad taste. Ultimately I think it will cause us trouble.’

He continued, ‘We’ve gone too far. The slow-motion blood spurts, the impalement by deadly assassins, the knives, shoulders, elbows to the throat. You know, Deus Ex had its moments of violence, but they were designed – whether they succeeded or not I can’t say – but they were designed to make you uncomfortable, and I don’t see that happening now. I think we’re just appealing to an adolescent mindset and calling it mature. It’s time to stop. I’m just glad I work for a company like Disney, where not only is that not something that’s encouraged, you can’t even do it, and I’m fine with it.’

Warren Spector was like a voice in the wilderness for me. Sometimes I think I’m the only one that’s tired of the meathead with a gun, but it appears not. This E3 seems to have reached some sort of tipping point, which could be a positive thing. Maybe we need a hero who doesn’t have a gun or a baseball bat with nails in it. We, the consumers, can say ‘no more,’ but instead we just cheer the headshots and whoop at yet another throat-stabbing.

Blood, violence and boobs doesn’t equal mature. It’s a shame that people outside the industry may dismiss some of these games as mindless death-porn, when we know there’s some good story-telling going into them these days. Okay, so we’re good at violence, let’s explore something else now.