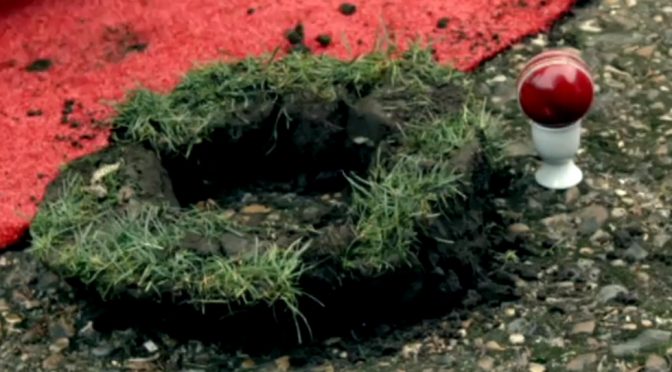 Long-time followers of Argue The Toss, the podcast I co-host alongside previous Eurofiles columnist Chella Ramanan, will know that I’m a fan of the UK TV show Taskmaster. As will very short-time followers, because we only really discussed that in the episode before last. But it’s just as true today.

If you’ve never seen the show, the premise is pretty simple – each series, a panel of five comedians are separately given a series of off-beat, open-ended tasks of varying difficulty, to complete in whatever way they like. Make the best noise. Make the best paper aeroplane out of toilet paper. Build a ventriloquist dummy and make it hit on you. You get the idea, possibly. After each comedian has completed the task, their individual attempts are compared and scored by the show’s host. The fun emerges from the idea that there is no prescribed “correct” way to complete the task. All solutions are valid, so long as they don’t actually contradict the rules set out in the task.

I talked on the podcast about why I like Taskmaster so much, and as it turns out, it’s something I love in videogames, too. I want to be given a set of rules, a goal to complete, and then essentially I want to be left alone to achieve the latter in whatever way the game allows. It’s why Breath of the Wild grabbed me so hard. Why I sank so much time into Hitman 2016. Why I spent so much time building ridiculous combinations of items to solve puzzles in Scribblenauts. When it comes to open-ended games, I’m not so much interested in the size of the map as the number of valid possibilities I have for getting across it.

And above all, I want to be able to cheat.

There’s this task in Season 7 of Taskmaster which, as written, is basically just mini-golf. A ball is put at one end of a garden, andthere’s a hole dug in the lawn at the other end, and the players are asked to knock (and not carry) the ball into the hole using the fewest strikes possible. Some of them play it straight, golfing the ball into the hole. One contestant builds a large tarpaulin catcher around the hole, hitting the ball into that and letting it funnel in for a hole-in-one.

But the clear best solution is the one employed by Welsh comedian Rhod Gilbert, who reads the task and notes that there’s no rule against moving the hole. He finds a spade, digs up all the grass around the hole, pulls the entire thing out of the lawn and rebuilds it next to the ball, tapping it in for an easy win. It’s the kind of pathologically lateral thinking that we mortals can only dream of, and it is of course given full points by the Taskmaster.

So when I say I want to cheat, that’s what I mean. I want to be able to find those lateral solutions, loopholes and shortcuts in games – things that the designers didn’t intend, but that the game recognises as valid because they’re entirely within the rules. Systemic games are dynamite for this. Beating a game at its own game is a feeling we don’t feel often enough – but here are a few of my favourite creative solutions.

Breath of the Wild’s one-shot puzzle shrines were my favourite part of the game, but Myahm Agana was a frustrating one. It plays like one of those little ball-in-a-maze labyrinth puzzles you might have had when you were a kid.

A stone sphere drops into a metal-fenced maze, which you can tilt using your Switch or WiiU’s motion controls to roll the ball to the end. There are a few traps and pitfalls, but nothing too challenging – until you 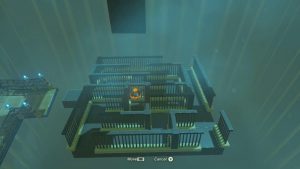 get to the end, and have to flick the ball off the end of the maze to jump a gap leading to the goal – a manoeuvre that requires frustratingly precise timing. And each time you miss, the ball drops into the bottomless pit below and you have to start the maze from scratch. I spent probably about 45 minutes redoing that maze, over and over – but I needn’t have bothered. The puzzle follows your controller 1:1, so turning your controller over turns the maze over too, allowing you to catch the ball on the flat underside instead, nullifying the labyrinth entirely.

The Dark Souls games are great for finding alternative ways to bypass obstacles. Though they’re renowned for presenting players with tough opposition, the game (usually) plays consistently by its own rules, and you have as much room to exploit them as the game does.

In Dark Souls III, while exploring the corrupted Cathedral of the Deep, you can take a short detour into a dead-end room, and from the ceiling will drop the Deep Accursed. It’s a profoundly creepy hybrid of a spider and a dog, standing fifteen feet high, with haunted eyes and multiple sets of jaws. It’s much tougher than you are and can rip even a skilled player apart with its powerful strikes.

Fortunately, it’s twice as tall as you are. That’s not a sentence you hear often, but it definitely applies here, because the doorway to the Deep Accursed’s lair is only about eight feet high. So rather than take it on in direct combat, you can just stroll outside the door and blow raspberries at it while taking perfectly safe pot-shots with whatever ranged weapons you have in your inventory. Sorted.

The Metal Gear games love to do a sniper battle. Both the first and third games talk up their legendary snipers throughout, setting the scene for tense, thrilling long-range duels, Well, that’s the idea, anyway. In fact, the final showdown with Sniper Wolf in the original MGS stops being quite so tense once you remember that besides your sniper rifle, you’re also carrying a whole arsenal of other weapons, including a remote-controlled missile launcher. Standing behind cover and finally discovering a use for the hundreds of Nikita Missiles that have been sitting uselessly in your inventory all game is a great way to breeze past the fight and straight on to Wolf’s extensive death monologue.

And sure, some of these tactics might not appeal to you, even if the game supports them. “Cheap”, “cheesy”, “cheating” – these are all words. But I’ll always enjoy beating a game at its own game. And that’s why, this Sunday, you’ll find me on the golf course, digging up the holes and bringing them back to the tee. Gonna set a new course record.