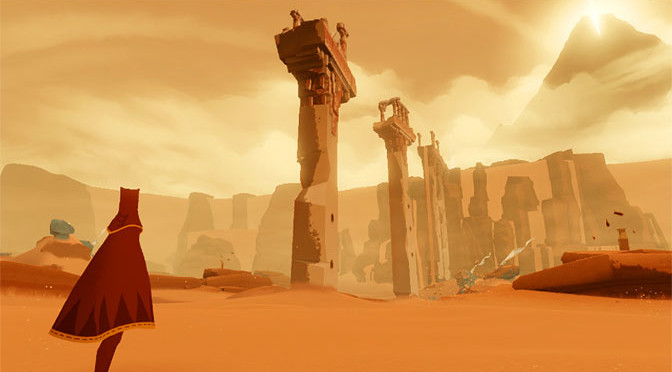 This year’s GDC threw up a lot of interesting discussions, the most depressing of which was David Mullich’s panel on ageism in the games industry, adding to the ever-growing list of isms we seem to be facing. Positchech’s Cliff Harris kicked off GDC with his Indie Soapbox entitled “F*ck Unity, and the Horse it Rode in On” and beyond the headline-grabbing quote he raised some interesting points – even if I don’t entirely agree with him.

Harris was one of five developers on the soapbox session. Each had five minutes to vent on a gripe or observation about the indie scene. The topics included “Hire People with Different Perspectives,” “Sequels Aren’t Always a  Bad Thing,” “There Must Be a Way for Adults to Enjoy Gaming,” by Jenova Chen of Journey fame and “It’s Okay to Make Games About Yourself.” And Harris closed the session with his statement about the ubiquity of Unity on the indie dev scene.

Of course, Harris’s title was slightly tongue in cheek. He said, “I’m not really saying it’s evil. Obviously, Unity’s good in all kinds of wonderful ways. I hate it.” He went on to describe the trend for 80s style graphics as a disregard for the technical capabilities at the fingertips of developers today. In the past, games like Manic Miner looked the way they did, as a result of technical limitations.

He explained, “My problem is that indie games still look like that. I mean, I get it: pixel art can be an aesthetic choice… But nobody cares about performance in indie games any more. We get a free pass. We have to be edgy and cool because we’re indies, but we never innovative on performance. We take Unity, and that’s fine. We never push it and write our own engines, or anything like that.”

Harris then goes on to use the Star Trek character of Q as an example of what a developer used to be – a god-like character, playing with a universe they’ve created. Now they just use tools they’ve been given, laments Harris. “This is my problem with middleware, and I know not everybody feels this way, but suddenly we’re not gods any more. We don’t have control over the universe. We don’t care about how stuff works as much as we used to, and that makes me really sad. We don’t feel we need to master the bits and the bytes. We just use what other people have written.” He finished with, “There are gods, and now we just license their engines.”

The way I see it, the games industry is a bit like the music industry at the end of the 70s and into the 80s. Prog disappeared up its own arse, as a result of music having to become more and more epic and sprawling and expensive to create, meaning it lost touch with the new audience of disenfranchised, unemployed youth, who couldn’t relate to these wealthy rock stars, driving their Rolls Royce into swimming pools. That’s AAA games.

Out of this ennui for glossy shooters with multi-player modes, the indie scene was born and the Unity engine created a sort of punk gaming. It was the great democratisation of game development. People felt they could make a game, just as punk opened the doors to anyone wanting to pick up a guitar and shout some lyrics into a mic. Harris is right, it has removed the god-like status, but surely that’s a good thing. Surely, it allows more diverse voices to make games.

I for one have welcomed the backlash against pixel perfect graphics. I’m happy to leave the fanboy arguments about 1080p and frame rate drop behind. The good thing about the indie scene, is that it’s been happy to focus on gameplay and storytelling, rather than pushing the technological envelope. And why should developers reinvent the wheel, if they’ve got a perfectly good one lying around? With the likes of Unity and Valve, they can spend their creative energy on other aspects of the game. There’s no need to play at being god by developing your own engine, when you can spend that time creating an experience that touches gamers. From Ori and the Blind Forest to Broforce, I think the diversity in experiences is still there to see.

I’m sure there will come a moment when the 8-bit graphics trend will die and make room for something else. We’re probably almost at that point. In fact, we’re already at the point when we have to ask, what exactly is an indie game? As big publishers, create small “indie” offshoots and big indies, absorb smaller indies, the lines are becoming blurred. It comes back to my 80s music analogy, when if you weren’t on the 4AD record label, you almost couldn’t call yourself indie any more. When did The Cure stop being indie and just become pop? That’s the question.

*All quotes sourced from Gameindustry.biz