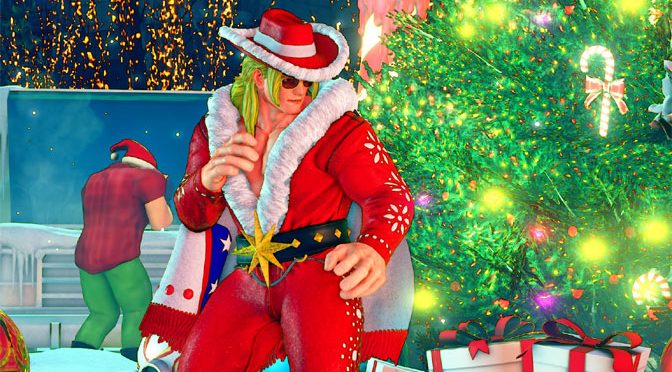 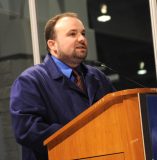 Hello everyone. Happy holidays to you all. Yes, it is I, your friendly editor here taking over the Eurofiles column once more. I think this will be the last time, as we have a wonderful new person taking over this space in the New Year. I won’t steal her thunder by giving away too much, but she does come highly recommended by longtime GiN columnist Chella Ramanan, and has a delightfully full gaming history besides. In fact, I can’t wait for you all to meet her, but I guess we will just have to wait till next year.

In fact, GiN has undergone a lot of change this year. Besides Chella retiring from GiN and moving on to her dream, and well-deserved, career as a writer for Ubisoft games, we also know that Todd “Hardcore” Hargosh will be leaving us at the end of the year. Todd has been with GiN from the very beginning, and it is with a heavy heart that I see my friend also move on to greener pastures. 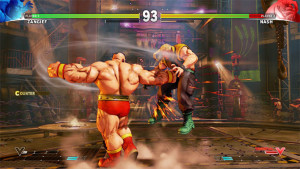 Todd and I actually met in college almost thirty years ago. He was playing Street Fighter in the school arcade and beating everyone who dared challenge him. He was playing Blanka and was appropriately beast like in his battles. I stepped up, dropped a quarter in the machine, and began the fight of my life.

Little did Todd know that I had mastered Chun-Li’s style of lighting quick combat. I left him knocked out, lying on his back with Chun-Li’s delicate footprints all over his green face. He immediately demanded another game, but like a boss, I simply said, “I prefer playing with people who challenge me,” and walked away doing my best no-look explosion withdraw from the room and the small crowd that had gathered to watch the slaughter. 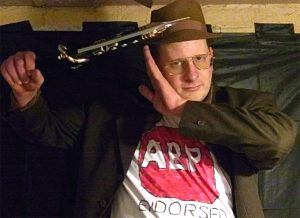 What Todd doesn’t know, because I never told him, was that it was a much tougher fight than I let on. At more than one point, he had me against the wall and I didn’t know what to do. I resorted to mad button mashing, and I guess because Chun-Li is all about speed, it actually worked because I was accidentally triggering combos. The real reason I declined to play him again was because I was pretty sure I wouldn’t win a second time. So I suppose Todd can gloat about that. Merry Christmas, buddy!

The Hardcore column will turn into Skirmisher in the New Year. And Skirmisher will be written by our longtime online editor Neal Sayatovich. I know he is excited to get started and you will love his new take on all things in the game industry.

We will also have even more new features. Starting in the New Year, the venerable Time Waster column, invented by mad genius Billy White, will be retiring in favor of a new one called Modern Gamer. Time Waster was invented by Billy initially to showcase mobile games, which were just starting their mad rise to popularity at the time. And he did a wonderful job at that. Lately however, mobile games have started to merge with titles on other platforms, and so modern gamers want to be able to enjoy great games regardless of platform. So Modern Gamer will still feature a lot of mobile titles, but also quite a few that have landed on consoles or the PC. Expect Modern Gamer to begin early in the New Year. And the first episode will feature a classic title. 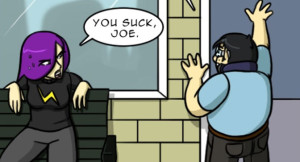 We are also saying goodbye to our cartoonist, Alia White. She has been the creative force behind our Sunday comics for years, and is both incredibly creative and talented. We have enjoyed following our beloved GiN gang, which look suspiciously like Billy and Alia themselves (who are also married in real life), through many great story arcs in the typical life of a gamer couple. I even got personally turned into a cartoon once myself, as a seasonal employee of a GameStop store. Thanks Alia, as that was a real thrill for me. And thanks for making my character pretty cool looking too! We will miss your spirit and talent around here. I am told that Alia is starting an independent web comic, and hope to learn more about it soon.

Our cartoons will also be continuing, with new characters and themes. We have a talented artist who will be bringing in their wacky style and crazy ideas for GiN moving forward. Again, I don’t want to spoil their big reveal, but know that I have been following their work for years and am tickled that they will be joining GiN in the very near future. 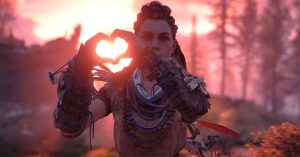 Some people say that change is good. And while I generally agree with that, it doesn’t take into account the situation when good coworkers who have become great friends move on to bigger and better things. GiN is so much better thanks to the efforts and talent of all these people, and they will be personally missed by me as well as our readers. I’m truly happy that they are all continuing to follow their dreams and have no doubt whatsoever that they will be wildly successful in whatever they decide to accomplish next.

And that’s it for my temporary Eurofiles duties. Last time I wrote about cool things to play over the holidays for not much money, and it’s my sincere hope that you all get some time to do just that. Tune in to a great game or two and check out from our sometimes harsh reality for a little while. You’ve been good all year. So you deserve it.

Have a wonderful holiday season everybody, and may your 2020 be glorious!

One thought on “A Retrospective Holiday Greeting”