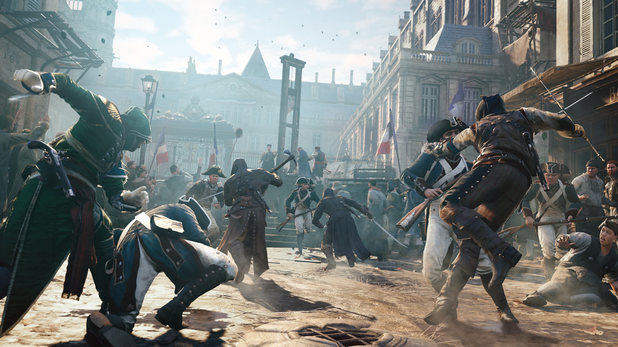 Destiny has dropped, marking the start of the autumn/winter release frenzy.  There’s a host of big games heading our way, so I’ve sifted through the release schedule mayhem and distilled it down to the best of the bunch.

The Vanishing of Ethan Carter

The Vanishing of Ethan Carter looks like a good dose of American gothic and hits my top picks because it’s offering something different. Think Poe or Lovecraft, for this story-driven occult mystery, from developer, The Astronauts.  It’s not the biggest release of the autumn, but it’s high on my list.

This is not a survival horror, so don’t expect a shotgun or a flamethrower. The Vanishing of Ethan Carter is a first-person story that focuses on the disappearance of a young boy. You play as a detective with knowledge of the occult, so expect creepy, Cthulu style terror and unease.

I suspect this game will make more of a splash, when it heads to consoles in 2015, but until then, enjoy it on PC.

Sunset Overdrive is exclusive to Xbox One, so surely it’s a must buy for existing owners. The game looks like Bulletstorm meets Jet Grind Radio and promises a break from the norm, when it comes to shooters. Expect to be able to rail-grind pretty much any surface, front telephone wires to walls, shooting the onslaught of enemies, as you go.

Sunset Overdrive features group factions with amusing foibles and comic book style sound effects, brash graphics and a generally irreverent tone. If you want a dose of fun, this is the place to go.

Bayonetta 2 must be the biggest release on the Wii U, this autumn , other than Super Smash Bros. The game promises more in the way of killer heels (sorry, I couldn’t resist), in an action-packed hack and slash. There’s nothing new here, but Bayonetta has plenty of fans and Wii U owners deserve something to look forward to.

Another Xbox One exclusive, as we head towards the end of the year, Halo: The Master Chief Collection has Halo fans champing at the bit. This sweet little package give you every Halo game (from one to four), ever multi-player map, including updates to use the Halo 2 system. Plus, all the games will be running at 1080p and 60fps, so it’ll look better than it’s ever looked before.

And if you want beta access to the Halo 5: Guardians multi-player – then this collection is a must buy.

The first-person shooter series returns with new baddies and beautiful settings. This time, it all takes place in the fictional Himalayan region of Kryat. You play as a local who gets embroiled in a civil war, involving a despotic, self-appointed king – hate it when that happens.

I’m expecting Assassin’s Creed: Unity to be a return to form for the popular Ubisoft series. Although Black Flag was a good game, with lots to love, it didn’t feel like an Assassin’s game.

Unity plonks us in the middle of the French Revolution – the perfect setting for an assassin. Expect lots of running over Parisian rooftops (some of the prettiest rooftops in the world), as we step into the shoes of Arno Dorian. You can also hook up with three other players for a four-strong co-operative play.

Unity is only available on next gen (or should I say current gen) consoles, so AC fans will have to make the leap onto Xbox One or PS4 to play.

Those are my top picks for the autumn/winter run. What have I missed? Let me know in the comments.