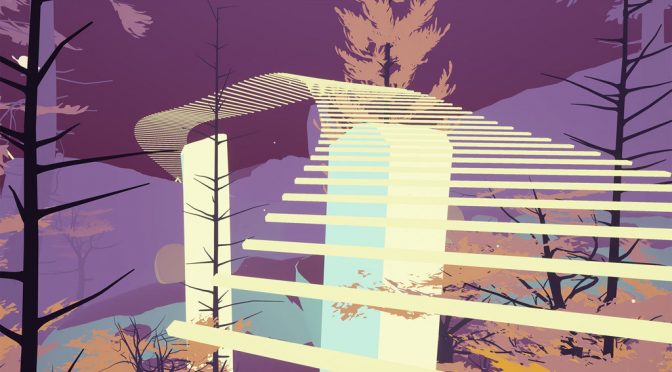 Not sure what’s going on where you live, but the UK is having an actual summer this year. We’re in the midst of a heatwave and many Brits just can’t cope. I’m loving it, but when the afternoon temperature starts to soar, an action game or FPS isn’t what’s called for. I’ve selected the most relaxing summer games – keeping you cool, when it’s hot outside.

Shape of the World

It was while playing Shape of the World, that it struck me just how perfect that game was for a hot day, which led me to thinking about other games and hence this column. Shape of the World  is an experiential game, which means there are no enemies, there’s no story and the gameplay is minimal, with gorgeous graphics and a relaxing, ambient soundtrack. The floaty physics makes it feel like you’re going for a swim through alien worlds. With echoes of Proteus and an aesthetic resembling No Man’s Sky, Shape of the World lets you explore with no enemies to shoot at and no dialogue choices to sweat over. The ultimate in chilled out gaming.

As much as I don’t really dig Skyrim, it does do snow really well. If it’s really hot outside, then openworld snowscapes are the way to go. Left to your own devices, you can ignore the story and the dragons (unless viewing from afar as they soar serenely) and just trudge through forests and up mountains, taking pictures of the sun glistening in the frostiness of it all. 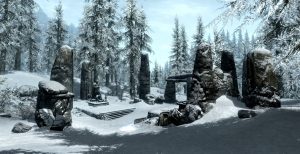 I’m not sure this one will help to cool you down, but chilling out in ancient Egypt always seems like a good idea. You could opt for the tourist mode or just jump into the main game and soar like an eagle. The eagle mode is one of the most relaxing things about Origins, letting you detach from the world and admire the view. And it really is some view. Even the forts full of soldiers seem more peaceful from up above, as the people scurry about their business. Alternatively, just line up that perfect shot of pyramids, eagle, sunset in photo mode. It’s the feelgood game of the summer. 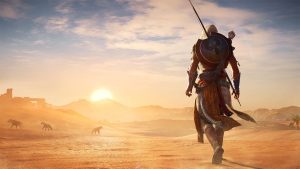 Legend of Zelda: Breath of the Wild

It’s gorgeous. It’s Zelda. Um. That’s all. But really, you can just look for buried treasure, chill by the camp fire or go hang gliding like a pro. It’s all yours for the taking in Breath of the Wild. Main mission? What’s that? Do or do not, Link don’t mind either way. 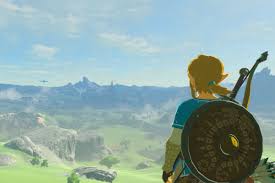 Those are the relaxing summer games on my list. What’s on yours?