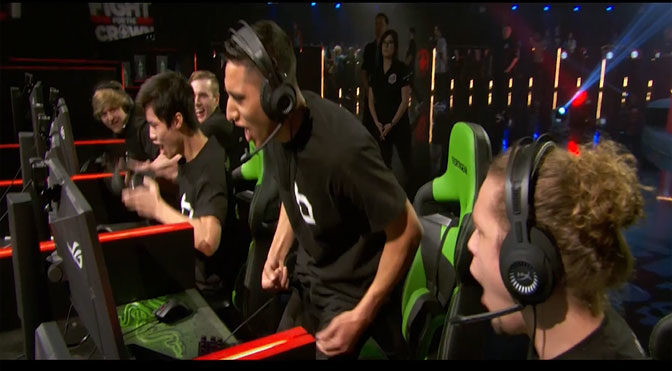 H1Z1: Fight for the Crown, the first official team-based tournament for Daybreak Games’ massive competitive shooter, H1Z1: King of the Kill, came to an action-packed finish as Obey Alliance fired the last shots to win the tournament.

The one-hour primetime special, which aired last night on The CW Network, featured one of the single largest esports fights with 15 teams made up of five players apiece. Pitted against one another in a high-stakes, single-elimination showdown for their share of a $300,000 prize pool, 75 players parachuted into the match simultaneously with only one life to give for their team.

• Obey Alliance, one of the world’s biggest gaming organizations, was crowned Fight for the Crown champion and ended the tournament with all five players alive. Obey Alliance walked away with the grand prize of $180,000.

• Obey Alliance and Luminosity both collectively racked up the most kills with 9 total in the tournament, followed by, Team Gates and Denial Esports with 7 kills each.

• Two players tied for the most individual kills with four kills each: Aydren (Luminosity) and Miguel “Pineaqples” Lopez (Denial Esports)

• 11 players were killed by the toxic gas that pushes everyone closer together over time.

• Ohio Rebels was a community team that earned a spot in the tournament through the Fight for the Spot contest.

A complete breakdown of the event is available at www.H1Z1FightForTheCrown.com.