The Walking Dead: Survival Instinct is a first-person action survival game that brings to life the authentic, heart-stopping horrors of the AMC hit TV series The Walking Dead. In the game, players assume the role of the mysterious, crossbow-wielding survivor Daryl Dixon, brought to life by TV series star Norman Reedus, alongside his overbearing brother Merle, voiced by Michael Rooker. Join them on a haunting, unforgiving quest across the Georgia countryside. The Walking Dead: Survival Instinct is developed by Terminal Reality for the PC, Xbox 360 and PS3, and will launch on March 26th in North America and March 29th … END_OF_DOCUMENT_TOKEN_TO_BE_REPLACED

Activision Publishing and Terminal Reality are excited to announce new details for AMC’s The Walking Dead ‘Dead Giveaway’ contest, an eight-week event giving fans an opportunity to win a gruesome role in the upcoming videogame, The Walking Dead: Survival Instinct. Clues are revealed during new episodes of The Walking Dead season three on Sunday nights at 9pm on AMC. Fans can enter the clues online at www.amcdead.com and each week one lucky winner will be chosen to appear as a character in the game! Terminal Reality will then use photos of his or her facial likeness to create a unique … END_OF_DOCUMENT_TOKEN_TO_BE_REPLACED

Think you’re tough enough to survive a horde of undead walkers? Gamers will be able to find out next year as Activision Publishing Inc., a wholly owned subsidiary of Activision Blizzard, Inc. (Nasdaq: ATVI), and Terminal Reality announced today an all-new The Walking Dead video game. Based on AMC’s Emmy-Award winning TV series, the do-whatever-you-need-to-survive first-person action game will allow players to assume the role of the mysterious, crossbow-wielding survivor Daryl Dixon, alongside his overbearing brother Merle, on a haunting, unforgiving quest to make their way to the supposed safety of Atlanta. ‘The work AMC has done with the TV … END_OF_DOCUMENT_TOKEN_TO_BE_REPLACED 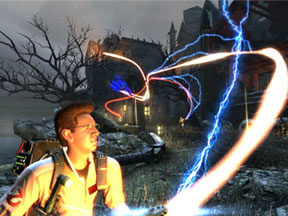 Before we crank up this review up, would it be safe to say that I myself, have a tremendous undying love for 4×4 trucks? Most definitely. Would it be logical to say that my undying love for 4×4 trucks may have slightly swayed my GiN gems for this title? That’s a good hypothesis. Knowing these facts some might say that given my slightly biased opinion, wouldn’t it have been more logical to pass this title on to a more unbiased reviewer? I think NOT! Really, when you think about it, my love for trucks would make me highly offended if … END_OF_DOCUMENT_TOKEN_TO_BE_REPLACED

Recently my fellow GIN-mates asked me, "Hey Jevon man, so what do you want for Christmas this year?"Â To which I humbly responded, "My friends, my friends, take heed to this wise parable. These kind of answers take time and careful thought. I mean you just can’t go blurting random Christmas wish lists right off the top of your jabroni with hardly any serious thought at all. I mean think about it. This great holiday only falls on us every 365 days. Therefore in order to achieve the true inner peace and happiness of receiving gifts during this special time … END_OF_DOCUMENT_TOKEN_TO_BE_REPLACED

When the Blair Witch movie went from a film student’s basement cutting room to Hollywood blockbuster, it was inevitable that many people would be looking to cash in on the project. A video game tie-in was inevitable. Now, as we approach Halloween this week, the lab dims the lights and sets out to review the first of three games based on the Blair Witch legend. The release of this game coincides not only with the spookiest holiday on the books, but also the release of the movie Blair Witch 2: Book of Shadows. The three planned games are being released … END_OF_DOCUMENT_TOKEN_TO_BE_REPLACED

Okay, so ya want to fly a plane without really getting in one? Well Fly! is for you, maybe. Let me first start off by saying that after you install Fly! on a Mac please go back to the CD. Here you will find folders that are very important if you want this game to run on your Mac. I want you to open the QuickDraw and Sprockets folders, and dump all those items into your extensions folder. Now, go to the Fly! folder and grab the three items called TRIRAVE.dll, TRIGlide.dll, and ATI RAVE.dll. Dump these into your extensions … END_OF_DOCUMENT_TOKEN_TO_BE_REPLACED

Being a fan of the horror side of computer games, it was easy to get into the concept of Nocturne, which features a monster hunter named The Stranger who goes around killing werewolves, zombies, vampires and other creatures of the night. One of my favorite games of all time is called Realms of the Haunting, and playing Nocturne reminded me of it a lot. Even though Realms did not enjoy widespread commercial success, it none the less earned mine. Another type of game in the same vein as Nocturne is the entire Alone in the Dark series. All of these … END_OF_DOCUMENT_TOKEN_TO_BE_REPLACED