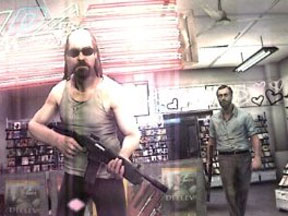 Kane & Lynch 2: Dog Days offers a pure shooter set in the gritty streets of Shanghai, China. Although it doesn’t really advance the genre, it does offer a wild and oh so bloody ride. 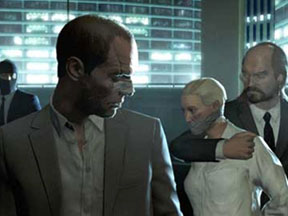 Despite the controversy surrounding this game, we actually found Kane and Lynch: Dead Men to be an enjoyable and somewhat innovative shooter. 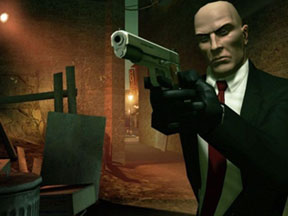 Hitman: Blood Money takes the beloved assassination series places it has never before been, including a mission inside the Oval Office! Expect the unexpected.

The Nintendo Gamecube has worked up a bad reputation as being a system for the kids. Compared to the Xbox and Playstation 2, Gamecube has very little mature games that appeal to older gamers. Nintendo has tried several times to get third party developers to make mature games for the Gamecube, and has been relatively successful. However, most third party developers have been scared away because they don’t want to compete with Nintendo’s excellent first party games. Eidos released Hitman 2 on all platforms, but it was released on the Gamecube a few months after the other systems. By releasing … END_OF_DOCUMENT_TOKEN_TO_BE_REPLACED

He’s a bald geezer with a barcode tattooed onto the back of his burly neck, but somehow he still manages to walk in the shadows and dispose of his targets with deadly efficiency. I am of course talking about Codename 47, who has returned to dish out some harsh justice in Hitman 2: The Silent Assassin. Step into the genetically engineered shoes of uber hitman 47 for some stealth and sinister underbelly of society type shenanigans. When the game begins, 47 has hung up his silencer and retreated to the confines of a Sicilian monastery. But local mobsters have discovered … END_OF_DOCUMENT_TOKEN_TO_BE_REPLACED