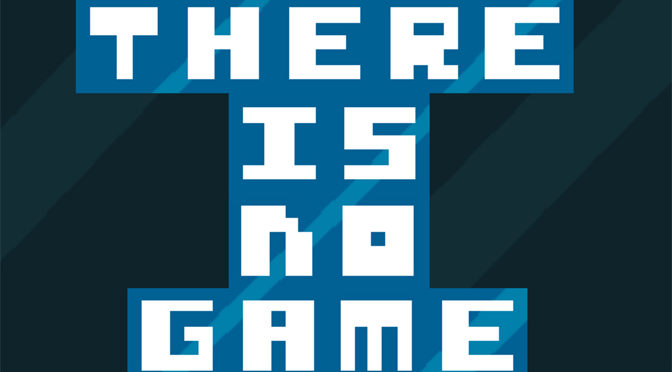 There Is No Game

There Is No Game. That’s the name of the non-game that I spent my time on this week. I found it while browsing the Play Store and I really didn’t know what to think about it. There’s not much in the way of a description, but the flood of positive reviews led me to download it.

There Is No Game is a game, but it doesn’t want the player to know that. Instead, this is one of those games that present the player with puzzles, but never really tells them what to do. It’s an interesting experience and I’m actually not going to talk much about it so as not to spoil what the game is. Just understand that if you like puzzle games, especially those that require thinking outside the box, then this is a great one to check out.

What I can talk about though is how the game interacts with the player. This comes in the form of the program behind the game. This is a fully-voiced character that will speak with the player and react to what they are doing on screen. The voice work for the program is well done and much of his commentary is fun to listen to. I sometimes would push off solving puzzles to keep hearing his dialogue. I also went through the game twice to hear the two different endings.

The visuals in There Is No Game come in the form of retro-style graphics. These are nice, but aren’t the main focus. Like I’ve already said, its the dialogue from the program that is the main draw here.

There Is No Game doesn’t take all that long to complete. My first time through the game was between 10 and 15 minutes. The second time through went by much quicker since I knew how to solve all the puzzles. I probably got about 20 minutes of entertainment out of the game, which isn’t bad at all for a free time waster.

Overall, There Is No Game is a fun experience that I’m sure gamers will enjoy. The concept is interesting as a puzzle game, but I’m willing to bet that it is something just about anyone can pick up and play. Check it out if it seems interesting to you.