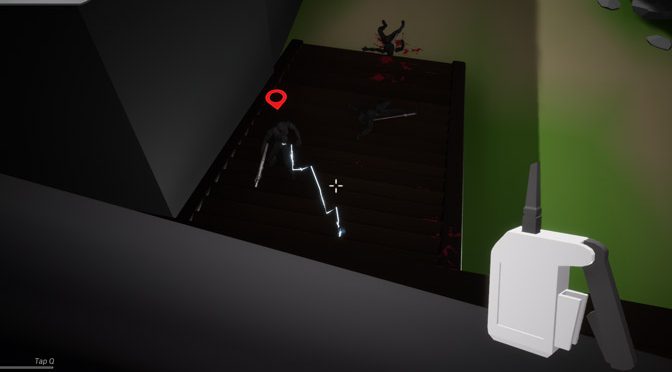 A while back I said I was planning to go look at more Early Access, Beta and Alpha games I’ve played when they get their final releases. I’m sticking to that with a final review for Sword With Sauce.

Sword With Sauce isn’t the same game it was back when I gave it that first look, but a lot of it is the same. Due to this, I suggest checking out my preview of the game. I’ll basically be providing an update to that and handing out a final score for the game this time around.

Alright. Now that you’re up to speed, we can start talking about what’s new.

Players that buy the final version of Sword With Sauce will notice that it includes a couple of extra levels that weren’t present during my first look at the game. These new levels are the Atrium and the Temple. Just like before, each of these levels present new and interesting challenges for players. There’s a lot of different ways to tackle them and the sandbox nature of the game lets player’s decided how to progress.

There are also new weapons for players to check out in Sword With Sauce. The first is the shotgun. Yeah, this isn’t actually a new weapon, but players can now select it in their starting gear. The second one is a sniper rifle. If you’re guessing its a gun with a scope that makes taking down enemies from afar easy, then you’re right.

To go along with the new weapons are new gadgets. The total number of gadgets in the game is now 25. That’s not a major increase over the original 20, but they are still welcome additions.

One complaint in my preview was the parkour system. It didn’t really work all that well at the time. Luckily, this isn’t a problem in the final version of the game. It’s much smoother and makes running and jumping between walls really easy.

Another new feature for Sword With Sauce since my preview is Steam Workshop support. This means that players can now create and download new maps to enjoy. This helps add some variety to the game. I’ve found a fair few solid maps through this that give me some nice extra challenges.

One thing about Sword With Sauce that hasn’t changed much are the aesthetics. The graphics still look the same as before and there are no changes to the audio that I can notice.

Before we get to the conclusion, I do have to address some complaints that are popping up about the final version of Sword With Sauce. See, the game is no longer in development, but doesn’t include all of the features originally promised. Multiplayer is the big one that is missing from the game. The developer says that it is beyond them and they don’t have the money to hire a team and implement it. Honestly, I can understand that. I also get why some owners are hitting the game with negative reviews. However, I’m happy with what I have.

I only ever buy an Early Access game if I think it’s worth the price in its current state. I’ve been burned in the past (Huge shout out to Palladium Books for screwing me and thousands of others over with that failure of a Robotech RPG Kickstarter!) and am very careful about it now.

Overall, Sword With Sauce is a great game to waste some time with. It isn’t perfect and may not meet everyone’s expectations, but it’s dang good fun for just $6. Go check it out.

Sword With Sauce earns 4 GiN Gems out of 5!