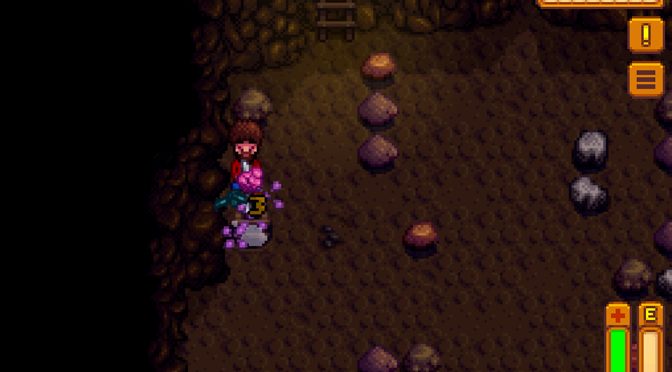 Five weeks in a row of mobile games? Oh yeah! To be fair, this is a little closer to cheating as I’m looking at the mobile version of Stardew Valley, which is one of my favorite games of all time. I’m choosing to start over with this run, but you can transfer saves between PC and mobile versions of the game.

This won’t be my first time reviewing Stardew Valley, either. I’m the person behind GiN’s PC review of the game. Knowing that, understand that this review will be more of a focus on the differences between the two versions. If you’re looking for something that just goes over what the game is all about, you can check out my original review here.

Starting off, we have to address the elephant in the room: controls. Stardew Valley on mobile obviously doesn’t control as well as its PC counterpart. However, that doesn’t mean it’s bad. Instead, I’d say it’s more of a middle ground. The game offers several control types and many of them work well. Even with this in mind, there are still come clunky issues that are worth noting.

Let’s just get my biggest complaint out of the way first. There is no way to drop items on the ground. This is a feature present in every version of the game, expect the mobile one. This means that players with full inventories that want to pick up another item will have to permanently delete one first. That’s a real bummer as it’s a step down from the other versions.

Here’s the thing, there has to be a better way to handle item management than this. The easiest way seems to be just letting the player drag an item out of the menu to put it on the ground. If that doesn’t work, then implement a system similar to the shipping box. The shipping box keeps the last item put in up for grabs. This is to let players take the item back in case they accidentally put it in. Do the same thing for the trash can icon for deleting items. That way it can act as a temporary storage slot in case the player needs to move around some items in their inventory. Just have it clear out at the end of the day like the shipping container does to prevent players from using to hold items for days.

Another thing that’s worth noting about the mobile version of Stardew Valley is the combat. The game has an auto-attack feature, which is probably the best control type for touchscreen users. This lets the player automatically attack nearby enemies instead of having to switch items. This works well enough and is a solid way to handle attack, but I still have to note that it isn’t as good as just playing the game with a mouse and keyboard, or a controller.

Speaking of controllers, Stardew Valley mobile has controller support. I gave this a try and it works well. However, there is one problem. None of the menus in the game can be navigated with the controller. Instead, players have to switch back to tapping at the screen to move through menus. This is real shame. There are already console versions of Stardew Valley with controller support. So why isn’t there full control support in this version of the game. It would benefit greatly from it.

Another major change worth talking about is the ability to zoom in and out of the screen. This is actually an incredibly handy feature for mobile players. It lets them zoom out of the screen, tap a far off location and just let the character walk there on their own. This frees up the amount of time I have to deal with the touch controls and that’s great! The only downside is that there are sometimes framerate issues when playing this way, but nothing too bad.

The final big change to discuss is how item selection works. Instead of mobile players having to tap through different items to use them, the game handle it for them. This means players can just tap a rock and the character uses the pickax on it. It’s a smart change that takes into account the unique platform that is mobile games.

Overall, Stardew Valley mobile is a fun way to waste some time. If we’re being completely honest here, it’s probably the worst version of the game. Despite this, it is still easily a game that is worth playing. Being able to take it on the go is also a plus, but there’s also the Switch and Vita versions to consider at that point.