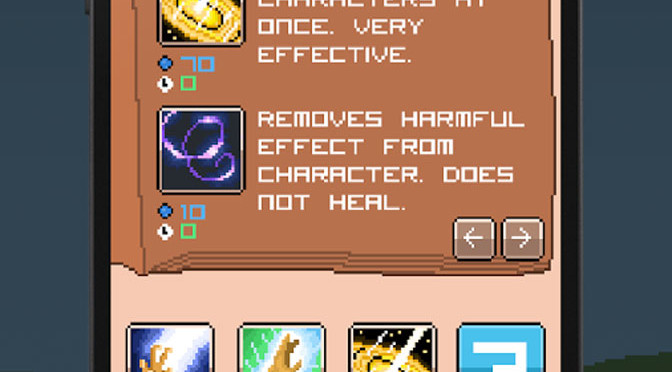 Playing a healer: None of the benefits, all of the blame

If you’ve ever played a game like World of Warcraft, you understand the plight of the average healer. For the uninitiated, a ‘healer’ is a player in a game that serves the purpose of healing fellow teammates in a battle. Underrated, overlooked, and the go-to scape goat of many a failed raid, it’s understandable why a good healer is considered the unicorn of many online games.

“Little Healer” is a game for Android and iOS that shows the player a side of battle that many might not have experienced. The game centers around having the player heal their teammates in various battles with hard to beat bosses. After every battle, you unlock a new spell to use in future endeavors, and after every other battle you gain a point to spend on your skill tree.

While there are no graphics of epic bosses or mighty warriors duking it out, the game does have a very nostalgic theme of pixel artwork. Combined with the RPG style music of the olden days, this game certainly has the potential to bring you back to your dungeon raiding roots.

After a few hard won fights, the player is thrown into battles one after another and the little in “Little Healer” starts to make more sense. Each new level provides both an increasing number of teammates to watch out for, and stronger, healthier bosses to battle. It may prove difficult to progress in the game with having to keep track of everyone that needs healing, but with some practice and strategic planning you’ll find yourself plundering dungeons in no time.

To give some comic relief, the game simulates a swarm of ‘in game chat’ to reflect the outcome of each battle. While certainly not the prime feature of the game, it’s amusing to see what your artificial teammates will say (Spoiler alert, they blame you entirely for losing).

While it’s not the most addictive game, especially if you find yourself overwhelmed by the requirement of rapid healing you have to dish out, it’s certainly worth playing even if it’s only for an hour for nostalgia’s sake.