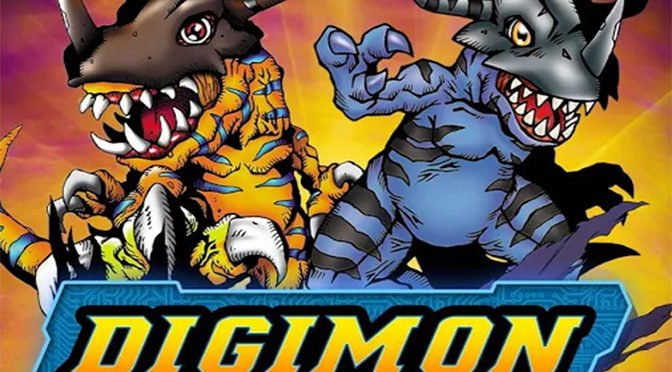 Let’s talk about Digimon! First off, it’s better than Pokemon. I know. I know. Those are fighting words, but it had to be said. If you feel the need to flame me, take care of it in the comments below.

I spent my week playing Digimon Heroes on my smartphone. The game puts players in the role of a hero that has come to the Digital World to save it from evil. The story is simple and doesn’t really matter much because it rarely makes an appearance.

Digimon Heroes is part of the mobile game genre that has players endlessly grinding against enemies to increase levels and unlock better creatures. There are Digieggs to buy with Digicoins, plenty of prompts to purchase in-game currency with real-world money and the rest of the whole shebang.

Digimon is actually an incredibly good fit for this type of game. These games almost always have players raising the levels of their companions to obtain a better version of them. In these games, it is usually a slight change to the art. Digimon already has the system down with its different levels of Digivolution. However, the game misses the opportunity to really cash in on this.

The first problem with Digimon Heroes is that it is a bit bland. The combat is just still images starting at each other while effects from attacks pop up on screen. It isn’t exactly exciting to watch and it doesn’t do a good job at keeping one’s interest. This is only made worse by the gameplay, which has players matching up three cards of the same color to attack the enemies. The problem here is that the game takes over matching these cards up after the first action from the player. This has the game almost completely playing itself with only minor input from the player.

Digimon Heroes mainly requires players to do everything important outside of battle. This includes leveling up the Digimon, increasing their ranks to the next level and Digivolving them. It’s all just menu navigation that gets boring after a short time. Also, how dumb is it that Digimon don’t level up in battle, but can be set to train outside of battle to increase levels? It just doesn’t make much sense.

Adding to the poor presentation and gameplay of Digimon Heroes is the translation. The game is in English, but all of the Digimon use their Japanese names. This means that Gatomon is Tailmon, Biyomon is Piyomon, as well as many other name differences that some English-speaking fans won’t recognize. It’s a bit confusing to me why the game is in English, but doesn’t use the Digimon’s English names. It just feels lazy, like the audio.

That’s right. The audio in Digimon Heroes isn’t exactly anything to write home about either. The game is filled with generic-sounding music that doesn’t stick with the player. I really can’t understand why this is the case. Digimon has some of the best music in both the English and Japanese versions of the shows. Why that isn’t present here is a mystery, Maybe it has something to do with licensing, but it definitely hurts the game.

Overall, Digimon Heroes is a missed opportunity. It’s really not a bad example of the endless grinding genre, but it isn’t a good one, either. That makes it sting even worse as a Digimon fan that sees all the potential this game has, but never succeeded in fulfilling.