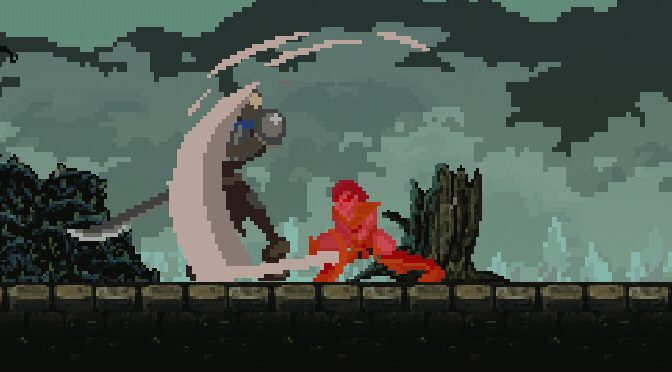 I know I said that mobile games were starting to drag on me, but I’m still sticking to them this week. Hopefully, Dark Rage will be a better showing than my last Time Waster.

Dark Rage has the player take on the role of an undead, because this is Dark Souls. The player only has a basic attack combo and limited use of magic. They can also perform a dodge roll, jump and double jump. The double jump isn’t super helpful, but it does have its moments.

The game starts players off easy enough with some simple enemies to fight. However, it isn’t long before it starts adding in more difficult challenges, as well as dropping bosses. The bosses in the game aren’t actually all that challenging. They have lots of health, but that’s about it. It’s more that the player can only take three hits adds challenge to the game.

One thing about Dark Rage that is worth pointing out is that the game is fairly open. It doesn’t hold the player’s hand and lets them explore on their own. Even then, the world isn’t overly large. It’s not something that players will get lost in and teleporting to different areas makes it even easier to navigate.

Players will collect “souls” from some difficult enemies, but not in the way they might be thinking. Instead, the player gets only a single soul. They can trade these souls, as well as money, in for better equipment. This is the main way to increase stats in the game. Not leveling.

Being a free game, Dark Rage does feature ads, but in the proper way. The game has the player using ads for a reward, not just for playing. This includes letting them resurrect in the middle of a boss fight if they die. That was a feature that I found incredibly handy while trying to capture screenshots for the review, but it isn’t something I would abuse.

I do have to note that there is some instability in Dark Rage. It was a rare occurrence, but I did have the game crash on me. It really sucks losing progress because of a crash, but at least it wasn’t a common thing.

The visuals in Dark Rage aren’t bad. It’s obvious that the game is going for a Dark Souls vibe. There are some parts of it that feel a little unnatural, but it isn’t a major complaint. The biggest problem has to be that the animations are really stiff. If the developer can get better in this department, it will be a great boom to them.

Overall, Dark Rage is a flawed, but enjoyable game. It has some problems, but there is a solid base there. Maybe the next game from this group of developers will be better, but I won’t say that this outing way a bad one for them.