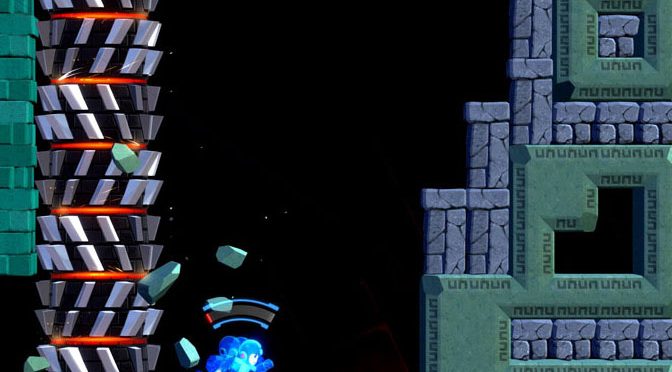 I’m taking a break from my normal shenanigans this week to talk about something much more important. That something is the Mega Man 11 demo. I’ve been itching to get my hands on this ever since it was first announced there would be one, and now that I have, I’ve got some thoughts.

First off, I’m glad to see the Blue Bomber back again. Mega Man has been a part of my gaming history ever since I was a kid. My first game from the series was Mega Man 3, which of course means that its the best of the classic games to me. I want to see if this new Mega Man can match up to that.

To be clear, I do understand that this is a demo. Not only is it a demo, but it appears to be the same one from E3, which means there’s been a lot of room for changes and improvements over the last couple of months. Also, being that this isn’t a full game, I’m of course not providing a review score or anything like that. Another quick note is that I’m playing the Nintendo Switch version of the demo.

What I do want to talk about is the overall feel of the Mega Man 11 Demo. Honestly, picking up felt like revisiting an old friend. I was immediately able to slip into that Mega Man groove, which was a relief. My concerns about the game feeling too different from previous versions were unwarranted. It’s jumping and shooting the same as always, with just some minor updates.

However, I do have a few complaints with the Mega Man 11 Demo. The biggest one may actually come as a surprise, but Block Man’s stage is too long. It overstays its welcome a bit by putting the player through several of the same types of rooms twice. It kind of just slows down the pacing of the level and was a bit of a disappointment.

My final major complaint is that the Double Gear system feels a bit clunky. It works on a switch, rather than a hold system, and there’s no option to change that in the demo. Also, some of the ways it works feels off. Like having a charge shot ready, going into Power Gear, and then having to charge that shot again. It just doesn’t feel smooth. Maybe that’s a balancing thing, but it was just something I wanted to point out as not feeling quite right to me.

There are, of course, loads of other small complaints I can make. Like Mega Man not holding his pose when moving through boss room doors. Mega Man himself also feels a bit stiff with his animations. However, I’m sure these are the types of things that will be cleaned up in the final version of the game. As such, they aren’t really worth going over in great detail.

If there is one controversial thought I had while playing Mega Man 11, it would have to be “this doesn’t feel as good as Mighty No. 9.” That will immediately send up some red flags for some, but I found Mighty No. 9 to be a solid game. It wasn’t mind blowing, but I really don’t believe it deserves all the hate it got. To be clear, I’m talking about the game itself, not all of the drama connected to its Kickstarter.

If Mega Man 11 is as good as Might No. 9, I’ll be happy. If it’s better, I’ll be even happier. My only worry is that it might not match up to what I consider to be a game comparable to Mega Man IV or Mega Man V. Those are both okay games, but nothing more. If Mega Man 11 is closer to say Mega Man 8, then I’m really going to have some complaints.

Either way, go check out the Mega Man 11 demo and let me know what you think in the comments below!