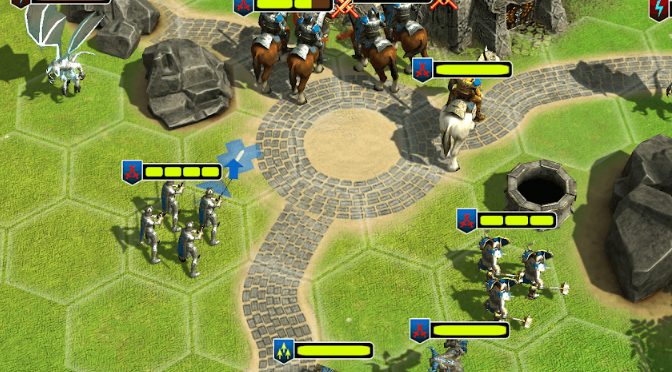 The mobile gaming continues this week with a little game called SpellForce: Heroes & Magic. First, let’s get the disclaimers out of the way. This game was provided to me for free by the developers. Also, I’ve never played a game in the SpellForce series before. Let’s keep those two things in mind and get into the review.

SpellForce: Heroes & Magic is a resource management game. These are a dime a dozen in the mobile gaming ecosystem. The difference here is that this one is a paid game. That means it does have some advantages over its free-to-play rivals. The chief among these is the lack of ads. I get why ads exist and all that, but it’s nice to play something on mobile that doesn’t feature them. Still, does that make it worth spending actual money on?

Honestly, that’s a no from me. SpellForce: Heroes & Magic does all the same resource management stuff as other mobile games, but it never feels quite as engaging. Players travel around on a map, capture locations and battle enemies. The battles are the main part of the game, but they don’t feel much like it.

All of the battles in SpellForce: Heroes & Magic take place on a hexagonal grid system. The combat has both the player and the enemy choosing actions to take for the round. After finishing, the actions will then take place. It’s turn-based in a way, but also just feels a little strange for the player and enemies to move all at the same time, but maybe that’s just me.

One of the problems I have with SpellForce: Heroes & Magic is how slow the combat feels. Everything just seems to take way too long. Especially for a game on a mobile platform. The game also only features small maps to battle on. This was probably to keep the battles from taking too long, but that really doesn’t seem to work.

It’s also worth nothing that SpellForce: Heroes & Magic features all sorts of leveling and loot for players to manage. They can also unlock skill trees for their units to make them specialize in certain parts of combat. This helps flesh out the game, but also makes it feel like more of a drag due to the rest of it being so slow.

Here’s the thing about SpellForce: Heroes & Magic. It feels like something I could enjoy much more if I was playing it on PC. Everything about it just screams “sit down and play.” That really just doesn’t work well for mobile gaming. At least for me. I know that there are some people out there that spend hours just playing mobile games. That’s not me. I have always seen mobile game as being something that’s more pick up and drop on a moment’s notice.

The visuals in SpellForce: Heroes & Magic aren’t bad, but they really aren’t great either. It looks dated even by mobile standards, which isn’t helping it at all. Part of the problem with the game is the long animations for just about everything, which is a big reason the game is so slow.

The audio is also about the same. It never really stick out at any moment and I can’t say I really cared about it at any point when I was playing.

Overall, SpellForce: Heroes & Magic is a perfectly passable game. The lack of ads is great, but I don’t think that alone warrants the purchase price. If you really like this series, then feel free to check this out. It also may be worth looking at it you spend loads of time on mobile games. If you don’t fall into these two categories, then give this one a skip.