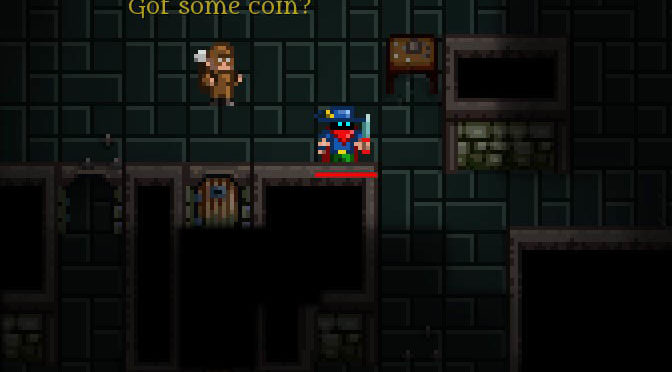 Man, talk about a blast from the past. A few weeks ago I spied a game on Steam that I remember reviewing the beta of here at GiN (back when I foolishly gave betas and early access games scores). That game is Cardinal Quest 2. Now that I’ve had some time to check out the full version, I thought it would only be right to give it a proper review.

Cardinal Quest 2 is a rogue-like game that lets players chose between multiple different classes for their adventure. This includes the Fighter, Thief, Wizard, Ranger, Alchemist, Paladin and Pugilist. Each of these classes come with their own unique skills that makes them stand out from one another.

Along with the different classes in the game, players can also chose different starting bonuses. When starting out, players won’t have access to any of these bonuses, but can unlock them by completing certain tasks in the game. This can make for interesting replays of the same character due to the change.

During their adventures, players will run into enemies. To fight these enemies, players simple have to move toward them. That’s how basic attacks work, at least. There are also special skills, spells and items that players can use in battle. This includes buffs, debuffs, charms and damaging abilities. Players start out with their own abilities depending on the class, and can get more by leveling up or finding them.

Defeating enemies will earn the player experience and after obtaining a certain amount of this the character will level up. Each class has a few different skill trees for players to progress down, which adds more replay value to the game. I personally really enjoy building characters in different ways to see what fits my play style best.

On their adventures, players will also run into plenty of money and loot. This can include armors, weapons and more. The loot can affect how a player builds the character just as much as anything else. For example, the player might be running the Mage class, but find a massive hammer. This could cause them to switch their play style a little bit and essentially become a Battle Mage, even though that isn’t an official class in the game. It’s this type of freedom that keeps me coming back to this game over and over again.

The player’s journeys in Cardinal Quest 2 will take them through three unique areas with their own little stories. Each one presents its own challenge and helps keep the game interesting after multiple playthroughs. There is also a Tower mode in the game for those looking at some extra challenge. This is an endless mode that lets players really test their skills and see how far they can get.

The visuals in Cardinal Quest 2 are simple, but work well for what the game is trying to accomplish. The pixel graphics contain enough detail, but some of the animations are a bit lacking. Players that enjoy role playing their character a bit more will also be happy to know that they can change the gender and skin color of each class to better fit their needs.

The audio in Cardinal Quest 2 is great. There are several different tracks for the areas in the game and each one brings its own unique feel. The sound effects are also solid and the one for an enemy’s death is particularly satisfying.

Overall, Cardinal Quest 2 is a joy to play for fans of the rogue-like genre. It may not be as deep or as flashy as some other games out there, but it’s fun, and that’s what matters.