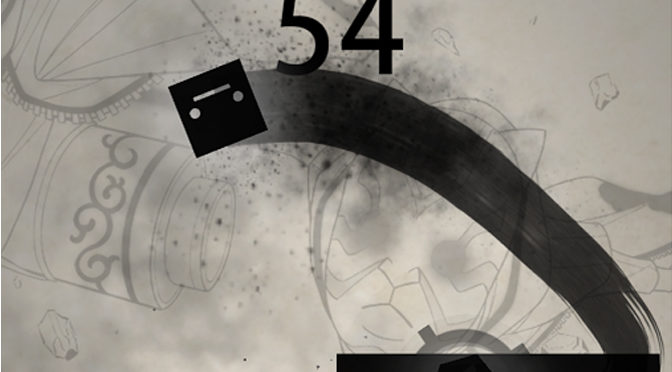 My adventures in procrastination this week led me to a title called Beat Stomper. It’s a mobile game with a focus on music, but that doesn’t mean it’s rhythm based.

Beat Stomper puts the player in control of a block with a face. There’s no story or anything like that here. It’s just the game, the music and the player.

The gameplay in Beat Stomper is incredibly simple to get into, but gets more difficult the further along the player gets. Players are tasked with jumping from one platform to the next to go higher. A simple tap of the screen is all it takes to make the block jump. Players just have to continue to land on the platform above them to continue the game, but it isn’t as easy as it sounds.

First of all, the platforms above the player move back and forth. The block that the player controls also doesn’t always jump straight up. Actually, he doesn’t jump straight most of the time. This makes the game difficult enough, but not too challenging. However, the platforms start getting smaller the higher the player gets. That’s when the real challenge kicks in.

There’s another aspect of Beat Stomper’s gameplay that is vital to moving up. This is the stomp ability. Once in the air, players can tap their screens again to have the block immediately slam down. This helps when getting on smaller platforms, but can also lead the player to their death if they miss. Sometimes the player will get lucky and land on the platform they just jumped from, but the screen is constantly moving up. This means that players can only land on the lower platform once or twice before it moves off the bottom of the screen.

There are also boosters that are on certain platforms. Boosters will send the player flying into the air and move them above the next 21 platforms. This is great for trying to get a new high score, but can be hard to do. This is because players must land directly on a booster to activate it. To help with this, players can hold down on their screens after the initial jump. This allows them to remain in air for a couple of seconds before stomping down. Platforms will still move while the player hangs in the air, allowing them to better aim their stomps.

Players have several goals they can work toward in Beat Stomper to keep them interested. The majority of these require them to get a certain score, or go so high without using a boost. Just little stuff like that. Completing these goals unlocks new music for the player to listen to.

There is one goal in Beat Stomper that doesn’t unlock new music. This is reaching a high score of 300. Once players unlock this, they will no longer have to deal with advertisements while playing the game. I find this to be a unique way to reward the player for their efforts. I haven’t earned it yet myself. I’m sitting at around 180 for my high score.

The visuals in Beat Stomper are great. The actual appearance of the game will change depending on which song the player is listening to. The graphics also goes negative when the player lands on a boost, which results in a neat effect that keeps the visuals engaging.

The music in Beat Stomper might just be the best part. It’s all electronic and techno, and it fits very well with the graphics. I enjoyed unlocking new tracks to listen to and there’s a random feature so that songs will change between runs. The voice over work in the game is also well done. The game didn’t really need the voice work, but it’s a nice touch.

This isn’t really a critique point, but I advise wearing headphones. The game feels best with the audio and being out in public always makes me feel like I shouldn’t have the volume up when I game. It just feels awkward to me when I do.

Overall, Beat Stomper is a great game to waste some time with. It’s got amazing music to listen to, interesting and entertaining visuals and enjoyable gameplay. It also only takes up about 90MB of space, which is a plus.