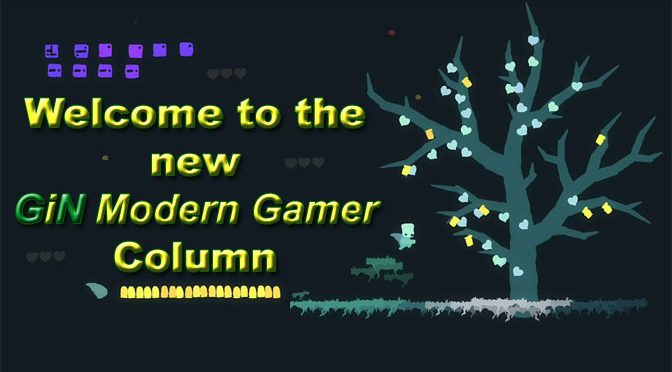 Hi guys, I’m Melissa Pierce aka the Modern Gamer. I’ll be taking over for the Time Waster, aka Billy White, who retired from game reviewing at the end of last year. I’ll still be talking about and reviewing the latest in modern gaming, which generally means, but is not totally restricted to, things that you can pick up and start playing right away. So we will be covering a lot of mobile titles like the excellent Time Waster column did for the past few years, but also some more advanced Steam games and even a few on consoles. So whether you’re a hardcore fan looking for something play in between other games or you’re a casual gamer that plays 20 different games a week, you can still find it right here every Saturday on GiN.

We hope you will enjoy Modern Gamer as much as I have enjoyed hanging out with the Time Waster over the years! 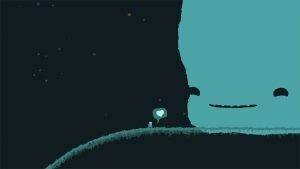 And now for a little bit about myself, so you know who your Modern Gamer host is. As I said before, my name is Melissa Pierce and when I’m not playing games and writing my columns, I’m working on my comic, called Shurale. Or working on my digital painting. I also do attend conventions in beautiful South Carolina with my hubby Josh. As far as gaming goes, I had a Sega Genesis, Saturn, and eventually a PlayStation. Now I own a PlayStation 4. I also have both a Twitch and Steam account. And of course iOS for mobile gaming. 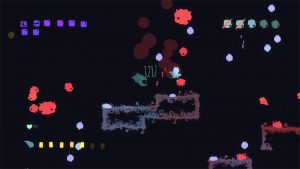 Okay, enough about me. On to the main course! Alright, so this is an oldie but a goodie. I discovered it back when it became available for Twitch as a free download. Now it’s on the Nintendo switch too. It’s called GoNNER! It is amazing. Let me tell you, that game has the reminiscences of old school Mario with a creepy twist. Very simple, but beautiful graphics. (more on that later)

GoNNER is about a skull boy who is in love with his whale girlfriend.  He wants to go get her something special and sets out on a quest to find her a gift. As the story progresses he gets help from Death, who sells him different heads and weapons on GoNNER’s journey. Each head, gun and accessory all have different functions, but combine the right ones and you’ll find a very comfortable way to play.

The gameplay is smooth, there were hardly any glitches for my platform. There are some points in the game where if you go too fast or you aren’t paying attention, it’s easy to die or lose a life.

On to the graphics and soundtrack, there is a level on GoNNER that I love simply because of the music. Developer Art in Heart did a great job with that. 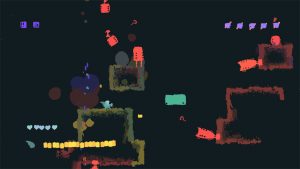 Now, the colors are interesting. When you start you’ll see the basic colors (red and black) as you move forward. But if you get a 100 combo hit, they change. Everything is bright and colorful once it unlocks. GoNNER really stands out after that. If you are prone to seizures, be careful when playing because it can probably trigger one. That’s about the only thing that could be a major drawback for some players. 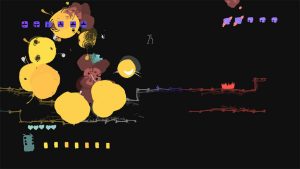 My only complaints? GoNNER starts out hard and gets insanely more difficult the more you play. But it is very addicting as you really want to get to the end. There are also some hidden ways to unlock certain items, and it can get overly tricky. I had to look up a few tutorials to get to them all. But overall, GoNNER was great!

It easily Earns 4.5 GiN Gems out of five. And that’s it for the first ever Modern Gamer review. Hope you enjoyed it, and will check out GoNNER. It’s now available on just about every single platform.

One thought on “Time Waster Becomes Modern Gamer with GoNNER”