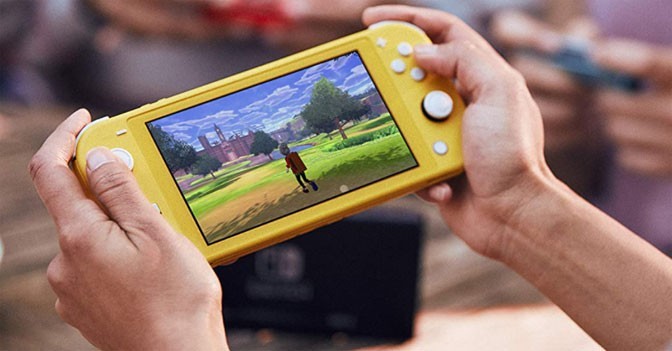 Hey there gamer fans! I hope you had a blast at Thanksgiving. I know some of you had to stay home depending on the COVID-19 restrictions. I hope you guys were still able to have some fun and if you dreaded cooking a big meal, well I’m glad you got a break from that. I ended up traveling back to my parents for Thanksgiving. Don’t worry, we were well under the 10 people limit. Both my family and my parents live out in the rural areas. So we’re low on the COVID-19 risk. Upon my travels, the hubby and I got to play some of the new games for the Nintendo Switch Lite. 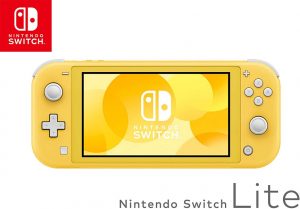 First off guys I would like to say we got it at a pretty good deal. If you happen to miss the black Friday sales, I would like to introduce you guys to a store called Second and Charles. For those of you that don’t know what that this. It’s a secondary store created by Borders books store to sell new and used books. Yep that’s right, you can bring in all your old books and games for store credit or cash. They sell just about anything. I once picked up a set of reference books for my art at a great price. (Those books normally go for $100 I got them at half the price) However this time we saw the Switch for a whopping $170 and I snagged it for my husband as an early Christmas gift. (We’re weird cause we never know what we’re going to get each other so we spoil ourselves early if we see a good deal and focus on family the rest of the year)

I gotta tell ya’ll, this thing is pretty impressive. I get to play all the Nintendo games I missed out on when I was a kid. But it wouldn’t have mattered anyway since I was a Sega fan. Anyway, I really enjoyed those old 2D platformer games. I really enjoyed playing Yoshi’s world. I did get to play the original Mario. OMG that game is so hard. Playing the Super Mario games is a lot easier. A lot has really changed over the years in the gaming industry. But it was so fun playing a lot of the old games. However I don’t remember seeing Duck Hunt.

We do have some more up to date games we do play. For instance, my husband Josh likes to play things like Skyrim and his new favorite The Long Dark. If you like survival games with realistic obstacles I highly recommend this game. The story starts out with you as the pilot with a passenger and all the sudden the plane crashes. Your passenger is lost and you are alone in a winter wasteland. You have survive and find the next town. I can’t tell you any more than that because it gets more exciting as you progress in the storyline. Another game that interested me was Fobia. If you can’t get enough of the Limbo type puzzle games Fobia is for you. It’s a bit different that playing Limbo, such as the physics and art. But it’s got that same creepy feel.

Other than those games I just mentioned, the Switch Lite is pretty impressive. It does remind me a lot of the PlayStation Portable when it came out in the early 2000’s, but better. For instance, the touch screens. The fact that you have all the playable keys and pads at your disposal and the screen is nice. And the fact that it can stream games from the internet as a bonus. Also the fact that you can still play with another player all you need is two Nintendo controllers for the Switch lite. And you can still hook up the Switch Lite to the TV. So that’s what I like about the Switch Lite. If you have not make the jump to the Switch, then the Lite is a nice and inexpensive way to open up those doors for you to some really great Nintendo games.

Well that’s all for now. I will back with another great gaming review next week! Happy gaming you guys! Modern Gamer out!

Interested to see what the Modern Gamer in her spare time. Check out linktr.ee/delerias.