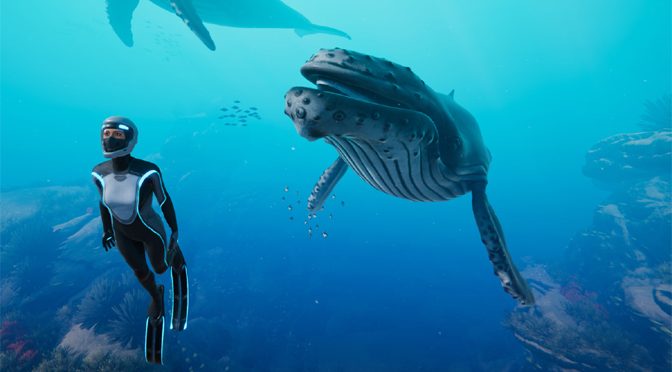 Hey all you Modern Gamers fans! This your hostess with the mostest back in action with another game review. This is one’s as hot and as it gets cool in the depths of the ocean. A perfect way to end the summer, Beyond Blue! This game takes us into uncharted territory with a school of aquatic animals and underwater views that are to dive for! Let’s dive in! 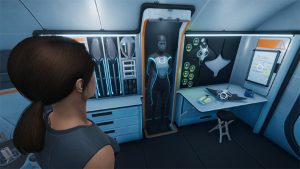 We open up with Dr. Mirai, a marine biologist and free diver at heart. We see her floating around in the water, talking about the sea being a part of her and how she learned to free dive with her grandmother. (That is pretty impressive) Then we go to the next scene as Dr. Mirai is getting ready to do some driving with new innovative equipment, her wet suit and divers helmet. Apparently she can get a lot of oxygen with it, making it easier for her to free dive. Her crew Andre and Irene (Ocean X team) are going to live stream all this new equipment and show off all the new data collecting it can do. 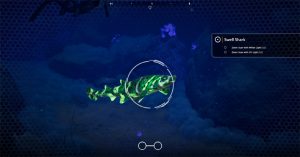 The game is absolutely gorgeous! This really is great for the marine science crowd. This is one of the most relaxing and visually stunning games I’ve ever had the pleasure of playing. It’s not just the graphics that make this game amazing. It’s the sounds and knowledge that you’re able to capture as you play. I even like the fact that you can change the colored lights on the suit. 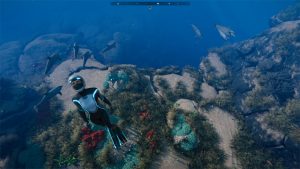 The game play is simple enough, swim around and collect data on all the fish you come across. Now, for the record this isn’t really that action packed. It’s very educational and talks about a lot of the controversies with the ocean we face today. So if you were thinking this game would be dangerous, like if you get too close to a shark, don’t worry. You are not going to face much if anything at all. This is an educational game. 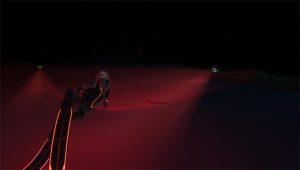 The most action you get is being able to swim fast. Which I recommend if you want to get all the fish in your scanner. Some fish are hard to catch. This is a single player game, so you’ll have to take turns with your friends on this one. Or just completely nerd out in this incredible game by yourself. Can you imagine how nice this would be on a 70 inch and surround sound? 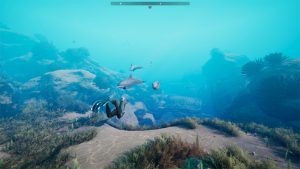 What’s really cool about this game is that it was inspired by BBC’s Documentary Series Blue Planet II. If you haven’t seen it, I would recommend it while between gaming. Even though the game is on the short you can gain extra knowledge of the underwater plants and animals not shown in game. Plus you get to hear it narrated by Sir David Attenborough and listen to the amazing Hans Zimmer soundtrack. Did you know it took 4,000 dives to collect all that data for their show? Can you imagine how many dives you’d have to make in Beyond Blue? Really right? I thought so!  That’s all for now, Modern Gamer out!

Curious to see what the Modern Gamer does in her spare time? Check out Woodlingsart.com and patreon.com/Shurale.