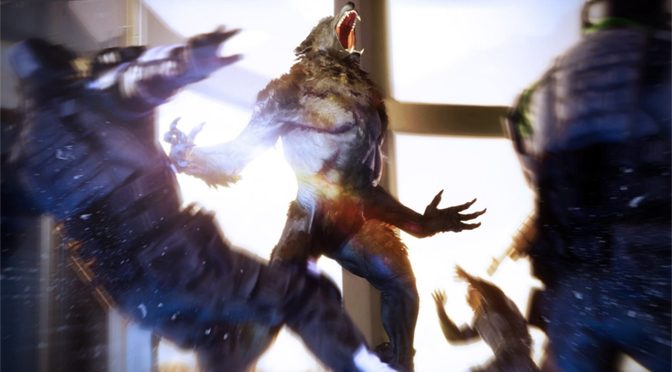 Werewolf: The Apocalypse – Earthblood is a mouthful of a title with an equally complex backstory. Taking place in the World of Darkness universe, the game puts players into the role of Cahal, a Garou who’s attempting to defend his tribe from an evil energy corporation aligned with a malevolent entity known as the Wyrm. 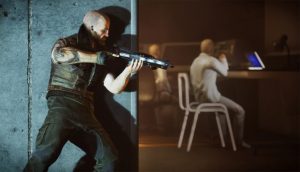 If that sentence didn’t make any sense to you, don’t worry; you don’t have to have any experience with the World of Darkness universe to understand what’s going on. What you do have to have is a healthy dose of patience for repetitive combat and average stealth gameplay.

The game places you into the role of Cahal, a werewolf who, after a mission goes awry, leaves his tribe and stakes out on his own. Five years later, he returns to fight against the Endron corporation to defend his tribe and try to make amends for his past.

To do that, Cahal has a number of tricks at his disposal, including the ability to make use of three forms: human, wolf and werewolf.

In human form, Cahal can sneak around or blend in with other people. He can also use computer consoles and doors, sneak around, and silently take down enemies at close range or from afar with a hand crossbow. 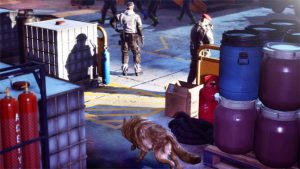 Wolf form is a smaller, sleeker shape that lets Cahal slip in and out of tight spaces, duck low behind cover and move more quickly. It provides more stealth than human form, but at the cost of triggering immediate panic among those who see him.

Werewolf form is self-explanatory. Cahal transforms into a massive, bloodthirsty beast who kills and destroys everything in sight. This happens when you get caught in stealth or just feel like channeling your inner Rambo. There’s also a skill tree that lets you unlock different enhancements for your preferred fighting style while in werewolf form, focusing on agility and strength, respectively. 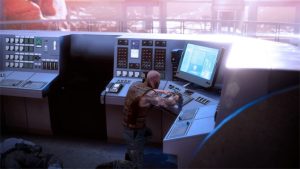 No matter what playstyle you choose, though, nothing feels like it has any gravity in the game. Stealth is largely irrelevant, and it’s difficult to successfully pull off. Although levels are laid out well enough to make a sneaky approach viable, I still often found myself getting caught because guards took so long to move.

And it wasn’t worth it anyway.

Stealth has little to no bearing on what happens in the game. You aren’t rewarded in any way for a clandestine approach, and getting caught turns you into a werewolf anyway. You may as well charge in roaring from the word “go.”

Being a werewolf does have its perks, including the ability to tear apart just about anything in your way. To that end, Werewolf: The Apocalypse does a solid job conveying how powerful you are. Crushing enemies, slashing through metal and literally ripping mechs limb from limb was an excellent way to show off the incredible, destructive force Garou are supposed to have. 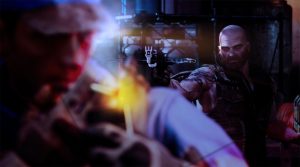 But it got old — fast. Killing the same carbon-copy enemies over and over, who came streaming into inconveniently blocked-off areas, wasn’t fun after the first few times I did it. Making Cahal seem like an unstoppable destructive force is great from a lore perspective, but in terms of gameplay, it got stale quickly.

The combat is average and somewhat lifeless. Unlike a Devil May Cry or Bayonetta that rewards stylish displays of mayhem, Werewolf lets you spam the same few buttons repeatedly, and an overpowered heal means you have a good chance of surviving every encounter if you’re paying attention.

While in werewolf form, there’s a meter that builds allowing Cahal to enter a somehow even more powerful form. You can’t heal while in this supercharged mode, but unless you put the controller down, you really don’t have to. Enemies, including bosses, melt before you in this heightened state.

In terms of presentation, Werewolf: The Apocalypse follows the same pattern its combat and stealth do. The voice acting is solid, but the lines characters deliver lack weight and gravitas. These are creatures whose home — and very reason for existing — is under serious threat, but that doesn’t always get conveyed in the dialogue. 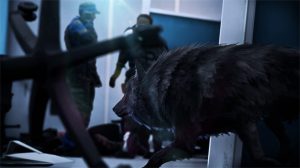 More distracting, the characters’ faces look hollow and lifeless when they’re speaking. This was an issue in Mass Effect: Andromeda and a few other games, but when characters are talking, their eyes and the tops of their faces don’t move. It kills any potential life a scene had, and it makes the characters look disconnected from reality.

The audio is adequate and serves its purpose, but there wasn’t anything earthshattering that stood out. The one exception is the main menu’s music, which is a song from New Zealand’s Alien Weaponry, a Māori metal band that sets a terrific theme for a game that simply can’t live up to the energy of its main theme. 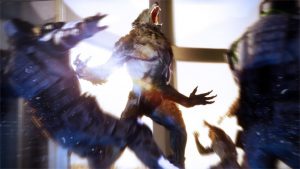 Werewolf: The Apocalypse – Earthblood is an average game. It’s not bad, but it’s not going to fully satisfy either World of Darkness fans or non-fans who are new to the genre and the game world. And with so many other exciting, action-packed titles out there, it’s lost in the crowd. It doesn’t do action or stealth with any standout note, and its storytelling is surprisingly shallow for a game with so much lore to pull from.

Werewolf: The Apocalypse – Earthblood earns 2.5 GiN Gems out of 5.