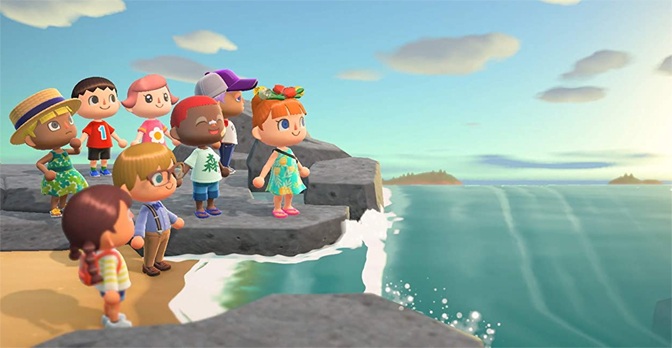 There’s a massive shadow in the water at the edge of the beach. This is it. It’s what I’ve been waiting for. It has to be an oarfish, and when I reel it in, I’ll be able to sell it for thousands of bells to two small raccoons so I can pay off my debt to their father — also a raccoon — who built my house.

The absurdity of that statement is simultaneously an oversimplification of the Animal Crossing franchise and a perfect summary. With one of the strangest premises in all of entertainment (and this is in a world where “Tiger King” now exists), Animal Crossing has created a world of undeniable charm, creativity and simple fun that captures the imaginations of every type of gamer. 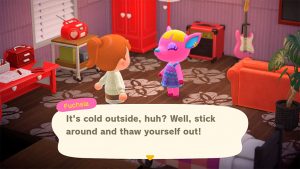 If you’re new to the series, Animal Crossing: New Horizon is the latest entry to the world of anthropomorphic animals who live out their lives alongside you. For this new, grand adventure, the Raccoon in Chief himself, Tom Nook, has started his own island getaway company, and surprise, you’ve decided to get a fresh start on a deserted landmass in the middle of the sea.

[amazon text=Treat yourself to a copy of Animal Crossing: New Horizons from Amazon!&asin=B07SR1BRN5]

The beauty of New Horizons, as is the case with every other game in the series, is that it’s so relaxed and easy to jump into. There are, of course, objectives to complete, but the game encourages you to do so at a leisurely pace. There are bugs and fish to catch, fossils to dig up and new furniture and fashion to buy as you make the island your very own paradise.

New Horizons introduces some new mechanics, such as flying to other randomly generated islands, where you can find additional resources and the occasional special surprise, but the core formula is the same as past entries — and that’s a great design choice. It allows players to focus on what makes them happy. 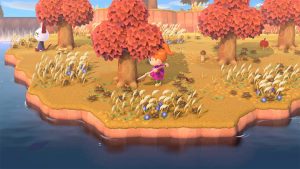 Some will gravitate towards immediately making enough money to pay off their house in order to expand it, while others will focus on adding bridges and inclines to make moving around their island less cumbersome. Some people might focus on getting the perfect group of villagers to move to their new home, and with, at the time of writing, 397 different ones, there are entire guides dedicated to doing just that. 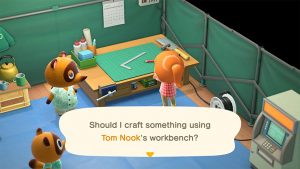 There’s also a whole community dedicated to created designs in the pixel art tool, used for everything from customizing clothing to creating your town’s flag. There’s something for everyone in New Horizons, but there’s never a rush to do it.

It’s that easygoing pace that makes the game so wonderful. With the whimsical art style Animal Crossing has become known for, vibrant, bold colors, laid-back music and countless activities to take part in, New Horizons is the perfect pick-up-and-play game. Good luck putting it down, though. 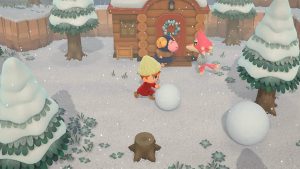 So much of the game’s charm comes from seeing how different real-world objects appear, and discovering them always brings a smile to my face. Everything from toy train sets to a giant Godzilla-like statue are available to decorate your home and island, and creating your perfect home is something that players can easily spend hundreds of hours doing. I could wax philosophical for days about New Horizons, but in the state of the world right now, a game that encourages you to relax, take life slowly and unwind is exactly what we needed. 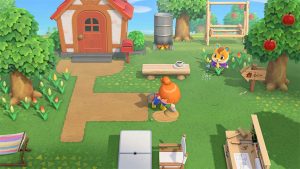 There are some design elements everyone won’t agree with, the most notable being that there can only be one island per Switch console. That means that everyone playing the game on a single console is going to be on the same island, and only the primary player can complete tasks to advance the main objectives in the game. Others can contribute, but the “island representative” has to keep things moving. The game also doesn’t allow you to craft items in bulk, something that the Animal Crossing community has been vigorously petitioning Nintendo to add in a patch. 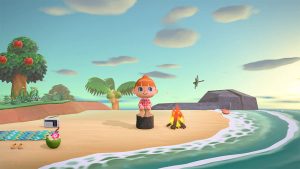 Still, these are slight inconveniences in an otherwise delightful game, and with regularly scheduled events coming, Animal Crossing: New Horizons makes the Switch worth owning all by itself, ranking in the same category as Mario, Zelda and Super Smash Bros. It’s rare that we get an exclusive title for a console that makes owning the console worthwhile even if you only have the one game.  Animal Crossing: New Horizons fits that perfectly. 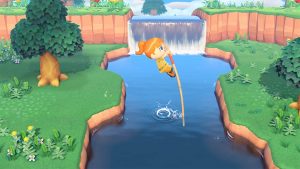 There’s more to this game than any review could ever describe, but the magic Animal Crossing brings is jumping in and discovering something new every time you play. It’s a game that you can play for a few minutes or get lost in for hours on end.