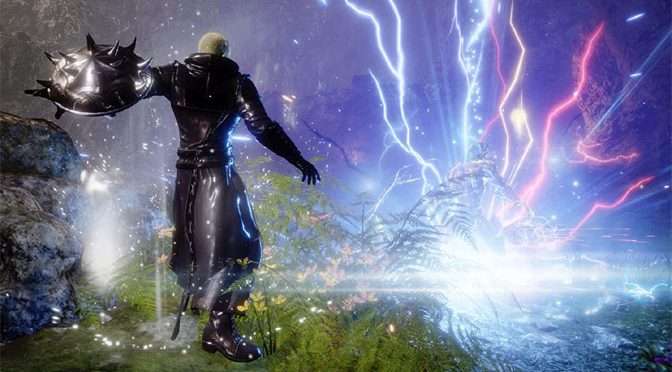 There may not be a more recognizable franchise in gaming than Final Fantasy. The series has remained a pillar of Square Enix’s lineup for decades throughout its numerous iterations, constantly reinventing itself to stay relevant with both mainline and spinoff games. And although not every spinoff has been a smashing success, when put into the hands of a capable studio — like Team Ninja — there are often exciting surprises in store. 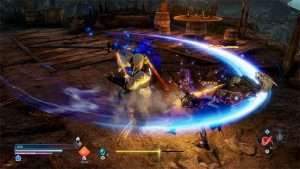 Stranger of Paradise: Final Fantasy Origin is unlike anything I was expecting. It takes the lore of Final Fantasy and hits it with the flair of fierce, fast-paced combat Team Ninja has become renown for, with a nuanced layer of depth that’s a delight to dive into. Retelling the story of the original Final Fantasy from a unique angle, Stranger of Paradise puts players into the role of Jack, a knight of the realm who, in classic JRPG fashion, has selective memory loss.

Longtime fans of the series may find some enjoyable tidbits of information as the story progresses, but for those approaching the game with a blank slate, the combat and core gameplay mechanics more than make up for the obscure storytelling and, to be perfectly blunt, absolutely horrendous writing and voice acting. 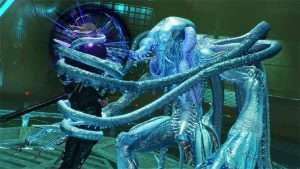 On its surface, combat encounters seem deceptively simple. Charge in, mash a couple buttons, beat up the enemy and pick up the loot. About halfway through the first level, that pattern adds one final step to it: get killed. To approach a Team Ninja game’s combat thinking it wouldn’t involve the polished nuance they’ve become known for is to play one of their games like a fool. And I was a fool.

The game doesn’t explicitly state it, but there’s a rhythmic, patterned flow to each encounter, and that varies based on your weapon choice, job (class) and different enemies that are present. Charging in and swinging your weapon wildly or getting greedy and trying to cast the most powerful spells with reckless abandon will get you punished quickly. Instead, players need to approach the game by properly using Stranger of Paradise’s 27 different jobs. 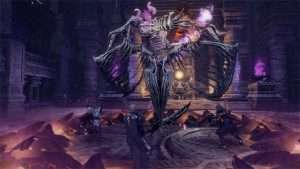 There are a handful of jobs unlocked from the get-go, which level up through defeating enemies while using the job or while wearing gear with a job’s affinity on it. Leveling up jobs is crucial because the most powerful expert-level ones require two or three from the tier below to be unlocked first, and unlocking those advanced jobs requires progressing a basic one before that. It’s also important for unlocking unique abilities and raising a specific job’s affinity, which then unlocks additional passive attributes.

Having multiple jobs is also key for combat because of the game’s break gauge and “Soul Shield.” Think of the break gauge as a stamina bar that enables super blocks and has multiple other effects. 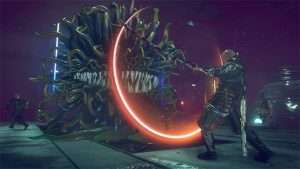 By holding the Soul Shield up, your break gauge will quickly deplete, but you’ll fully block every attack (with the exception of unblockable ones indicated by a red aura) that hits so long as you still have gauge available. You’ll also restore magic points (MP) that enable you to cast spells and perform special attacks. And finally, if the attack you blocked was an incoming enemy spell, you’ll absorb the magic and gain an instant cast of it, irrespective of whether you have MP available to cast your other abilities. 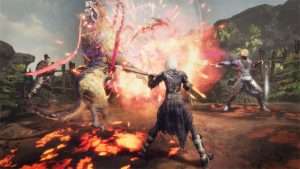 You’ll quickly realize that blocking attacks with the Soul Shield drains your break gauge faster than it can possibly refill to be useful with any frequency — until you understand why leveling multiple jobs is so crucial. Stranger of Paradise lets you equip two jobs at once, each with its own equipment, skills and abilities that you can switch to instantly with the press of a button. Critically, each job also has its own break gauge, meaning you can continue using your best defensive tool while the other gauge recharges. Properly using each of your equipped classes doesn’t just make combat more satisfying — it’s absolutely mandatory for surviving some of the game’s stronger encounters. 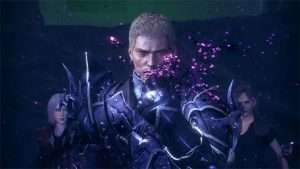 You won’t be heading into those encounters alone either. Two other party members will accompany you through each level. And while you can fully customize their gear, each character only has access to a limited number of the 27 jobs your character does. You also have limited control over them in combat, which essentially amounts to you pressing a button on the D-pad that causes the corresponding party member to use abilities more liberally. 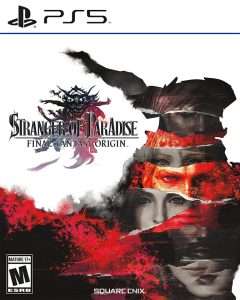 Although the mechanics may seem restrictive, the AI is surprisingly good at absorbing damage and interfering with enemies while you do the heavy damage dealing.

What all of this amounts to is an exciting, pleasantly complex gameplay experience that’s a joy to take part in. And for the most part, the graphics do a nice job complementing the gameplay with brilliant flashes of color, vibrant attack animations and visually pleasing environments.

Then there’s the voice acting and writing. It is, in a word, appalling. In fact, one word isn’t enough. It’s possibly the worst voice acting and writing I’ve ever experienced while playing a game. Worse than the merchant in Dragon’s Dogma. (If you don’t know what I’m talking about, please, I beg you, don’t look it up for the sake of your own sanity.) 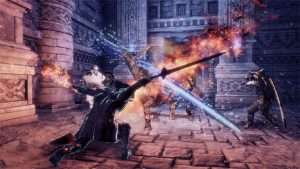 That said, it’s easy to look past the voicework and writing to focus on the game’s better aspects, which more than make up for the few faults it has.

Stranger of Paradise: Final Fantasy Origin is a wonderful game, and if you love collecting loot and the thrill of a good power creep, this one’s right up your alley. It earns 4 GiN Gems out of 5.