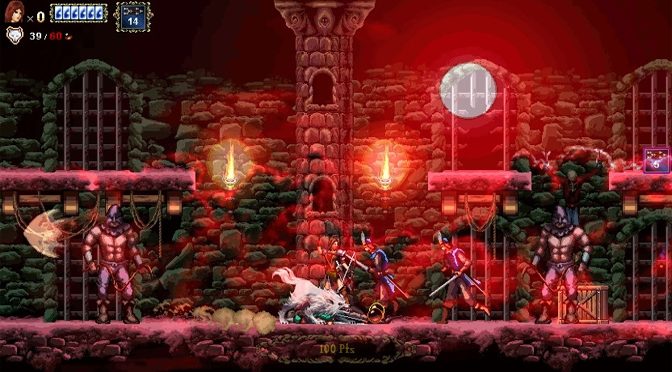 Hey all I’m back with a game that is inspired by one of my favorite series. It’s Wallachia: Reign of Dracula!

Plot: The plot is the standard revenge plot with Elcin, our main character, avenging her murdered family by fighting against the forces of Vlad the Impaler after training under an old wise man named Christian. The fact that this focuses more on the non-Supernatural story of Dracula is something that Wallachia’s inspiration, Castlevania, never really did which is interesting as well as a breath of fresh air. 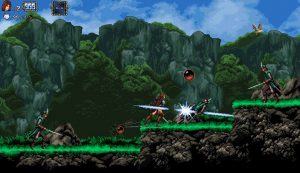 Gameplay: Unfortunately other than the typography, art style, and being associated with Vlad, the similarities to more modern Castlevania games end there. There is no sprawling castle to explore, nor interesting monsters to fight as bosses. The game plays like an old 16-bit platformer/hack and slash with you taking only so many hits on Elcin before having to restart the level. That can be frustrating to gamers who didn’t play the old school 16-bit platformers like that I remember playing on my old original GameBoy.

The combat is very much old school, with a fairly simplistic system of slashing your sword and firing a bow to both attack and defend. 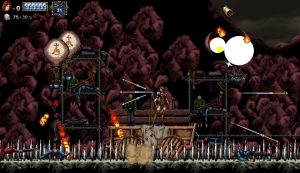 If you are expecting to be able to roll under attacks in some flashy and smooth movement you will be sorely disappointed by this game’s combat system. There is a slide option though, so while it can help you dodge attacks it can also easily send you off the stage to your death. However for those of us older gamers, or newer games who like the classical style of play, this will be a nice throwback to a time a couple decades ago. 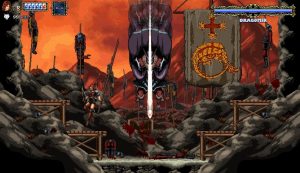 Art: The art is very reminiscent of Castlevania as I stated above, which is a nice tribute. However for a game that plays nothing like a Post Symphony of the Night game it’s a bit off putting when I feel like I want to open my menu and equip a different type of weapon in order to better attack a certain enemy. Still the art isn’t bad at all and I enjoyed it for what it is, which is a tribute to a series that is sadly being left to rot by its publisher. 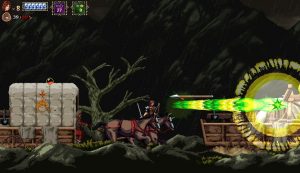 Music: The musical score fits the retro feel of the game very well but there’s nothing innovative or enthralling about it either so while it fits the game it didn’t entice me like other game’s scores have in the past.

Overall: A fun game for older gamers who miss the old school style platformer/hack and slash games, or those younger gamers who want to experience the difficulty that those games held.
For those who like: Platformers, Hack and Slash, Retro Games, Historical Fiction.