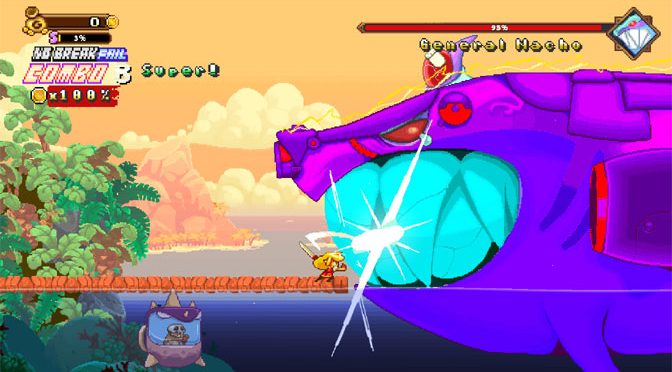 Hey all I’m back this time with a really hard game. It’s Golden Force!

Plot: You are one of the heroes on the Golden Boat who aim to take down the Great Demon and steal all his money. That’s pretty much the story in a nutshell. Not any grand adventure, riveting intrigue between rival nations, nope you’re just a murder-hobo looking for money by taking it from the biggest bad around. Needless to say that I found the plot wanting, but at least Golden Force is unashamedly honest about the premise. 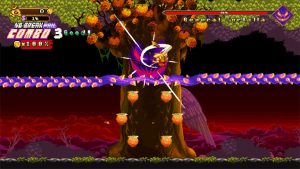 Gameplay: So this was a game I got for my PC and really wish I had gotten it on my Nintendo Switch instead. Why may you ask? Because I suck at using the keyboard for Platforming/Hack and Slash games. Needless to say that while most players are going to die a lot, I died even more. 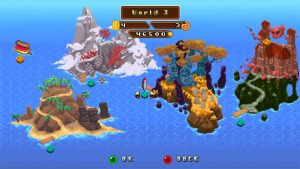 This is a game that is heavily influenced by Mega Man, X, Zero and it’s other derivatives. In Golden Force you’re expected to weave between enemy’s, their attacks, deflect and reflect their attacks and kill them all so you can proceed on your way and loot the various islands you explore. If you get hit too many times you die and have to restart the level. Oh and in addition to all the enemies you face, you also have bottomless pits, and spike traps to deal with!

I died a bunch and half of them were because I couldn’t move exactly how I wanted to, and I wasn’t able to plug in my PlayStation 4 controller to use instead of the keyboard on the PC, at least when I played it a couple weeks ago. 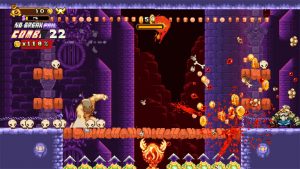 So for those wanting to play this, I highly recommend getting it on a console like the Nintendo Switch. It’s a good game, especially if you like platformers, and you will have a much better time with it using a controller designed specifically for game. It plays much better, and you’re less likely to get frustrated.

Art: The art is purely 2D, and that’s a great fit for this game. It stands the test of time much better than any 3D rendered game does and frankly given how hard this game is, it’s very reminiscent of the games that influenced it, from Mega Man to Galaga. 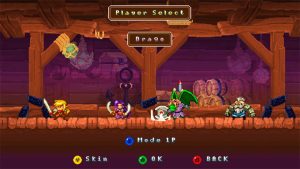 Music: It fits the gameplay, honestly I enjoyed the music, but it’s not going to be winning any awards for best musical score of the year or anything like that.

For those who like: Very Difficult Games, Platformers, Side-scrollers, Hack and Slash Games.