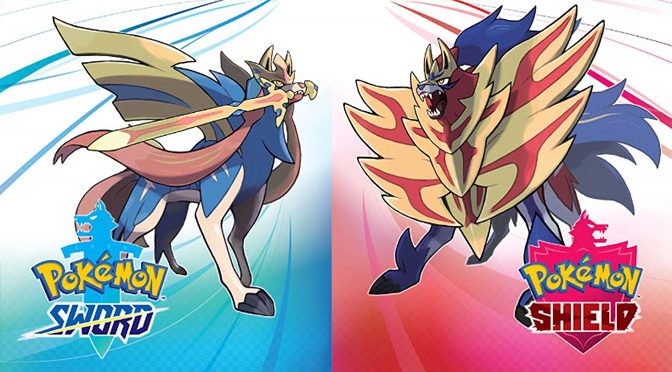 The new generation of Pokémon has finally arrived, and we at Game Industry News thought it would be a great time to cap our celebration of Pokémon’s history with the latest entries, the games that will introduce main series Pokémon to a home Nintendo console, Pokémon Sword and Shield.

Check out the entire week long run of Gameindustry.com’s Pokémon Celebration series articles that have run so far.

This is a preview, and as such it is not going to talk about any leaked information, but instead go over everything the games bring to the table, and what they may not. For more comprehensive information, you’ll need to check out our full review when that comes out in the coming week or so. 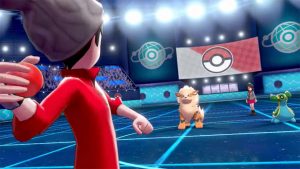 Pokémon Sword and Shield release the same day this article runs, November 15th, 2019. All sorts of controversy has surrounded this game’s pre-release time, mostly beginning with information regarding how not all Pokémon were going to be added into the game for the second time in the series’ history. From graphics to the quality of animations, information released directly from both The Pokémon Company and from a variety of leaks have shown both the interesting and negative regarding Sword and Shield. One thing is for certain: These games will surely make history in the Pokémon series.

Sword and Shield take place in the Galar region, which takes inspiration from the UK, complete with a teacup ghost Pokémon called Polteageist. Battling in large tournament arenas is the norm for this region, and players will venture from town to town via the usual routes and caves, as well as travel through the Wild Area, which is a kind of low-rent attempt at an open world environment in between visits to towns. The Wild Area has changing weather which can dramatically change which Pokémon are available to catch, and encountering Pokémon significantly above your level is absolutely possible in this location. Defeating these Pokémon will give you a hearty EXP boost, but unfortunately the levels of Pokémon you can catch is limited by the number of badges you have (so hopefully shiny Pokémon don’t show up a few levels higher than you can catch!).

Information that has been released so far extrapolates a number of conveniences for both casual and competitive players alike. Players who didn’t like the story of Sun and Moon often lamented how long the cutscenes were, and Sword and Shield finally implement an option to skip cutscenes, outright. As in Let’s Go Pikachu and Let’s Go Eevee, players can access their Pokémon boxes from any location, and there is no need to interact with a PC in order to deposit or withdraw Pokémon. Accessing boxes anywhere is a feature that, while it may make the games even easier, is definitely more convenient for training different Pokémon as a player progresses. There’s also the camp, where you can watch your Pokémon play and cook them curry that can provide a variety of bonuses, including EXP boosts. 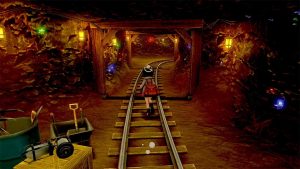 For the competitive players, you can now change the natures of your Pokémon with mint items you find throughout the games- a much-wanted feature ever since bottle caps were added in previous entries that let you max out Pokémon’s individual stat values. Egg moves of Pokémon can now be passed to Pokémon of the same species at the Daycare, this means that if you already have your Charizard with perfect stats and the right ability, but is missing Dragon Pulse or something, you can breed a Charmander with the move you want and have that Charmander teach your Charizard the move! Both of these features will dramatically cut down busywork, depending on how easy bottle caps are to get, as breeding for the right stats (IVs), nature, abilities, and moves, and especially makes shiny Pokémon more valuable even if they’re not born perfectly viable.

[amazon asin=B07PC7X38X&text=Pick up Pokemon Sword and Shield from Amazon today!]

Players will have access to both 100 Technical Machines, which teach moves to compatible Pokémon an infinite number of times, as well as 100 Technical Records, which are single use but can be obtained multiple times (think back to pre-generation 5 TMs, that’s what TRs are). An NPC that allows Pokémon to forget or remember moves seems to be in every Pokémon Center as well, and perform the service without requiring Heart Scales, so you don’t have to stock up on an annoying-to-farm item in order to try out new move sets on your party Pokémon. 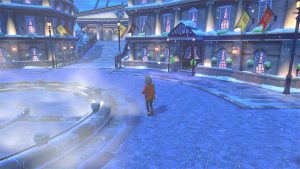 The new Dynamax and Gigantamax feature seemingly replaces both Mega Evolution and Z-Moves, with both mechanics causing your Pokémon to grow in size and gain stat bonuses to more easily take down competitors with strong Max Moves. Gigantamax can only be performed by rare Pokémon caught in raids in the Wild Area, and it not only boosts stats and allows you access to much more powerful G-Max moves, but provides a different visual appearance for your Pokémon.

Both of these powered up states only last for 3 turns, unlike Mega Evolution that lasted indefinitely, or Z-Moves that only lasted for a single attack. How much these change gameplay is yet to be seen, but at first glance it appears to be a comeback mechanic with potential. 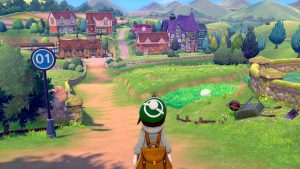 And with that, we’ve covered most of the information known about Sword and Shield to this point, but we can’t cover any specifics yet, so this preview is here to consolidate information for those wanting to know more about the game today. Our review, which will go over the positives and negatives of generation 8, will be coming to a Game Industry News home page near you soon. We hope you’ve enjoyed this week-long trek through the history of the Pokémon franchise!