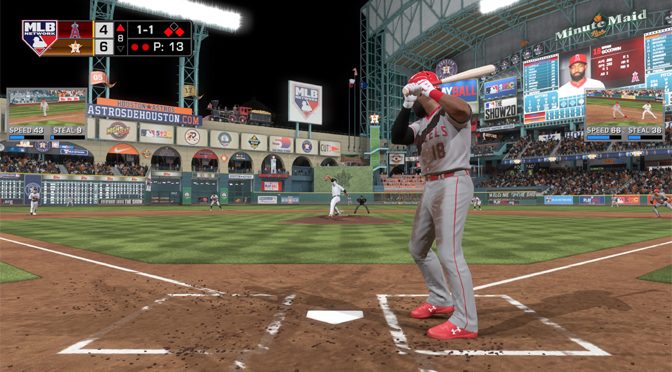 For whatever reason, there have not been as many baseball videogames released over the years compared with other sports like hockey, soccer and football. What competition there is, has been pretty lopsided. For example, another baseball series like RBI Baseball has had a few homeruns, but a lot of strikeouts too. Meanwhile, The Show series has been consistently good, if you were lucky enough to have a PlayStation, since it’s one of their exclusive titles.

In terms of history, the series adopted The Show moniker in 2006, but has existed as a series for as long as Gameindustry.com has been around. In fact, it debuted in 1997 as MLB 98 for the original PlayStation. 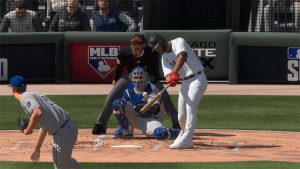 I know of hardcore baseball fans who buy PlayStation consoles every time a new generation comes out just so they can have access to The Show games. And the reasons why are obvious. Nothing gets you closer to a realistic baseball experience.

Sports games live and die by their controls, and MLB The Show 20 does not disappoint. Probably because the game is designed exclusively by Sony’s San Diego Studio for use on the PlayStation 4, it’s really optimized for the PS4 controller and is very responsive. One interesting thing to note is because the series has been around for so long, it has picked up quite a few different control schemes over the years. So there is a classic control scheme, a more modern one that was developed a little bit later, and a fully analog scheme that gives purists more control over things like swinging the bat or throwing pitches.

The game smartly has a tutorial-like section where you can try each scheme out to see which ones you want to use with different aspects of the game. You can mix and match your control schemes if you want, so you can do fully analog pitching for example, but use one of the other control layouts for batting or fielding. Generally the more modern control schemes are a little bit easier and offer the most assistance. You can switch back and forth at any time. 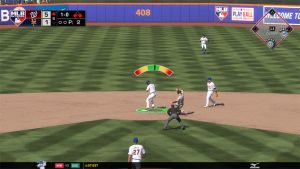 It’s especially important this year to get the control scheme perfect because MLB 20 has improved how it awards the so-called perfect-perfect hits. You have to watch the plate coverage indicator and swing at the right time. If you get good at it, you can skillfully crack the ball just right (it helps if you are using a talented player with high natural skill) and earn some precision home runs, line drives and base hits. It’s actually fun to experiment with the different control schemes to find one that suits you best. I found that I was terrible with the analog scheme at first, but got much better over time to the point where I was consistently winning, or at least being competitive, against higher rated teams based on my skill alone. 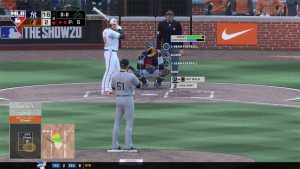 Fielding has also been improved from the previous year, not that it was too bad to begin with. In MLB 20, the game does a better job of highlighting the differences between great fielders and merely good ones. The best fielders will react to the crack of the bat and take a step in the right direction automatically before you as a player take over. This gives you a precious extra second to react, which can make all the difference. Less talented fielders won’t give you that edge, and tend to error more often. You can compensate, but it really gives you an incentive for putting the best players out on the field that you can. 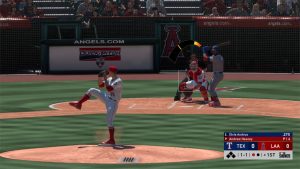 Graphically, MLB The Show 20 looks amazing. In truth, there has not been too much change from the 2019 game, but there are a few subtle differences, especially in the areas of dynamic lighting and facial animations. In 2019, the facial animations were pretty good, but now they are even more realistic, almost photo-realistic. Still, it seems like this is probably the upper limit for the PlayStation 4 hardware. Next year, MLB The Show 21 will likely blow this year’s title out of the water on the PlayStation 5, but don’t let that stop you from enjoying this year’s game.

The stadiums have also been slightly improved. I have been to both the Baltimore Orioles at Camden Yards and the Washington Nationals stadiums in real life, and I can say that the ones in the game are very good simulations of the originals. It made me long for the days when we could sit in a crowded stadium and cheer on our favorite teams. 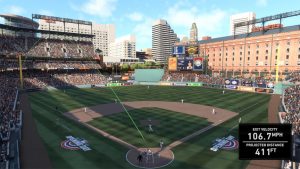 The audio is also well done, though I didn’t hear a lot of change from the previous year. The professional announcers Mark DeRosa, Dan Plesac and Matt Vasgersian are present once again. Its all pre-programmed, but the game does a good job of commenting when, for example, you come back from behind and close in on victory. The announcers sound like they do on TV, but tend to repeat the same phrases over time. In addition to just the commentary, you of course have the really well done crowd noises to add to the ambiance. If you close your eyes, you might believe that you are in a real stadium at times.

Outside of the main baseball game, there have been minor changes to the peripheral game modes. For example, Diamond Dynasty has some new challenges to complete, like trying to hit a homerun before a certain inning or getting so many base hits. Completing the challenges earns rewards. There are also boss-battle like challenges where you have to, for example, beat a famous pitcher in a duel. It’s little changed from 2019, but still a lot of fun. 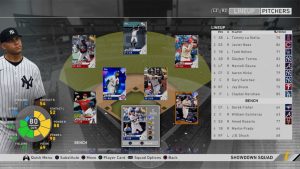 March to October is a pretty interesting RPG-like mode that was also in the previous game. The developers added locker room conversations this year. Having a high relationship with your teammates earns you perks that can help improve your season, which is nice from a role-playing perspective. And it’s not too difficult to get friendly with them. In some cases, RPGing here was more interesting that the conversations I had in Mass Effect Andromeda.

Road to the Show again offers a smaller, more active season. The new addition is that you can call up players from the minor leagues to improve your team. And that brings us to one of the most impressive additions, the inclusion of the entire minor league rosters. No more waiting for the community to create these. Now you have access to Double-A players and minor league teams, complete with their up-to-date stats. Some of the players even have facial scans. I really loved this addition as helps to highlight baseball as a uniquely community-focused game. Bring up all the stars from your local hometown team and see how they do in the majors. 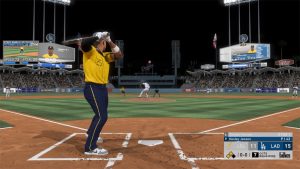 MLB The Show 20 continues the tradition of great baseball action. Although there are only a few enhancements from last year, the ones it has really improves the game. That helps MLB The Show 20 maintain its dominance as the best of the best for baseball games.