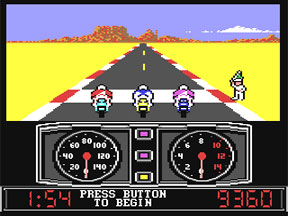 Emulators are not something I’ve tinkered with extensively. I have a gameboy advance emulator on my laptop to enjoy playing fire emblem. So when I was asked to try out Amiga Forever & C64 Forever I kind of laughed. John Breeden told me that playing these games might bring back nostalgia.

Problem is that these games are on average five years older than me. A lot of the games were made in the late eighties and I wasn’t born until 1992. Granted some of the games like Galaga and Frogger I played via revamped versions on NES or similar systems. Either way I was looking forward to playing some classics.

First one I tried was on Amiga Forever and it was Galaga. This arcade game has a special place in my heart. So I loaded the game and go ready to shoot some aliens. Problem was that after roughly two minutes my controls stopped working. I was confused, no options were tweaked or messed with. Yet for some reason nothing worked.

In an attempt to avoid frustration I exited Galaga and tried a line of three different games. None would go past their respective start menus. Finally it was a version of the game Breaker (or Brickbreaker) and it worked fine. At least for the first five minutes then the controls stopped working, again.

My computer may not be top of the line, but I know it wasn’t causing this level of control fail. Controls like that are unacceptable.

So after a hot cup of coffee and a quick comedy movie I worked on the Commodore 64 Forever emulator. Unfortunately this was the same song and story. I started out trying to play Frogger and it allowed me to set my settings. It was great until the game started and it never loaded the frog.

Game after game failed to go past the starting screen or had incurable control issues. Emulators are supposed to be fun portals back to what gaming used to be, not frustration inducing nightmares. Because of these issues I have to give my lowest score ever at GiN. Both emulators combined receive a 1 out of 5 GiN Gems.

This is actually a fairly widespread problem with emulators. Because they are trying to duplicate older 8-bit machines using software, it causes problems with modern equipment. Reviewer Billy White had the same type of issues with a C64 emulator on a near-supercomputer that he uses to play Crisis 2 on the highest settings.

Perhaps that was too fast, but I was using a moderate laptop that was well within the specs for the program. You see, you are taking a game that basically was hardware programmed and trying to get it to run on a computer, actually all computers, where the hardware is anything but controlled. Some of you may load up these emulators on your personally configured system and it will work fine. Some of you may not even get as far as I did. You just never know.

Until someone figures out how to make emulators work perfectly on all (or at least a majority of) computers, there will always be a little bit of an element of chance when you load them up. Unfortunately for this review, I can only go with what I experienced, and the experience wasn’t very good.