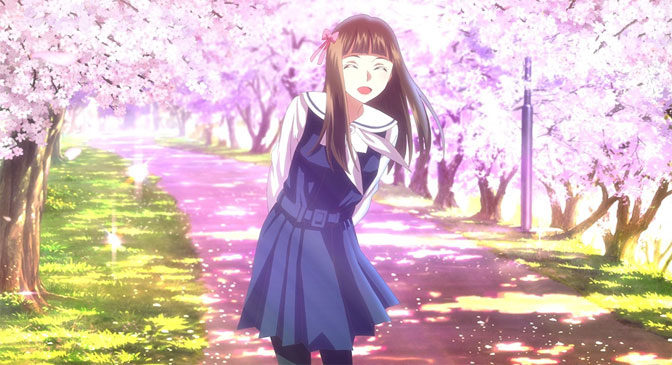 Hey all I’m back with a slightly different type of game review this week! It’s time to get to bottom of a mystery with Root Letter!

Plot Synopsis: Root Letter is set in Matsue, Shimane Prefecture, where the protagonist arrives in search of Fumino Aya, a pen pal friend from high school who had disappeared for 15 years. After he finds a letter dedicated to him from her that was never sent, he sets out to interrogate her classmates as he wonders if everything Aya had told him had been a lie. 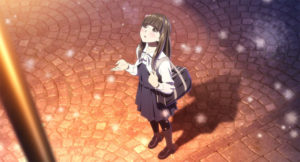 Plot: I won’t go into the plot very much as this isn’t like other games, this is a Visual Novel. This means that there isn’t really any gameplay. I was very intrigued by the moment I started up the game on my PlayStation 4 as Root Letter is my first Visual Novel I’ve played and reviewed.

For those who don’t know about Visual Novels, they are like Choose Your Own Adventure books, but there are sometimes absolutely incorrect choices that lead to a game over or as fans call them “Bad End.” I didn’t run into any with Root Letter however. There are multiple endings and once you clear all those “routes” you can do the true ending to figure out what happens canonically. That isn’t to say the other endings aren’t true, but for future sequels they will reference the true ending, most of the time at least. 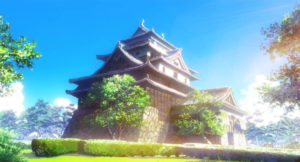 Characters: The cast of Root Letter is pretty awesome, with you being able to meet all sorts of characters like a restaurant owner to an eccentric old man who claims to have worked with multiple government agencies. The cast is all interesting and even though you’ll not get to know them all over the course of a single route you will eventually get to learn all about each and every one of them. For the most part, there are some non-important generic characters, but they aren’t of real significance.

Start solving the mystery of Root Letter with a copy from Amazon!

Art: The art is done by Mino Taro and he did an excellent job with all the artwork in the game. 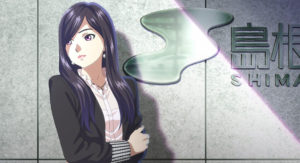 Music: The musical score for the game is pretty excellent, it isn’t Final Fantasy quality level, but it’ll stand above any indie game and some AAA games. I’m looking at you Call of Duty.

Overall: If you want an excellent Mystery to enjoy, Root Letter will fit your needs perfectly, but for those who want action packed gameplay you’ll need to look elsewhere.

Not for those who don’t like: Any of the above, or lack of real gameplay.