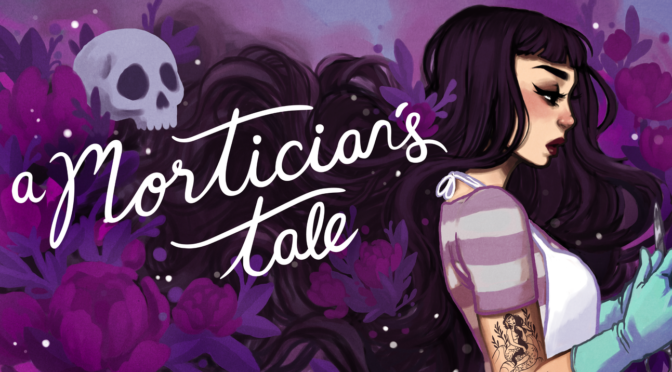 A Mortician’s Tale, from Laundry Bear Games, deals with death in a way that games never do. Rather than mindless killing, A Mortician’s Tale is about the culture of death, how we deal with bodies, how we grieve and the business of funerals, which doesn’t always care for the dead or the mourning.

This gorgeous little indie game is set in a funeral home, as the player takes on the role of Charlie, who is learning the ropes of being a mortician. Emails come in from Charlie’s boss and her colleagues, outlining the background of the latest body to be tended to.

Once you click on a job to complete, Charlie is tasked with preparing the body. Most of the time this involves cleaning and shaving the deceased, gluing the eyelids shut, packing the face to stop it sinking and embalming. However, some families don’t want an open coffin, in which case some of the steps are different or missed altogether.

After the body is prepared, Charlie attends the funeral and you can interact with the mourners to hear their thoughts. Characters may discuss the service and whether it’s what they would have wanted or just express their sadness for the person who has died. 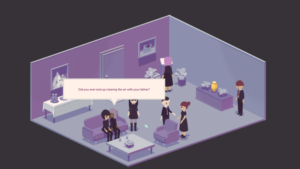 As the game progresses, the email conversations discuss different families and their wishes and sometimes how they conflict with the deceased’s wishes. Players are also given an insight into the business of death and the industry behind funerals.

When Charlie’s circumstances change, her new bosses are more focused on turning a profit than they are in delivering an intimate service for the dead and the grieving. Charlie is encouraged to up-sell packages, cajoling the family into services they know the deceased wouldn’t have wanted. If the player chooses to toe the corporate line, guests are then overheard criticising the style of funeral and how it doesn’t match the person they knew. 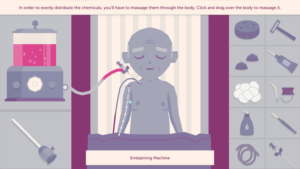 It sounds like A Mortician’s Tale should be a maudlin affair, but it’s not. In fact, Laundry Bears describe it as a death-positive game that was inspired heavily by Caitlin Doughty and The Order of the Good Death.  Death-positive movements like The Order are about being more open about talking about and dealing with death, honouring people’s wishes and operating a more ethical funeral industry. All aspects of death that are touched on in the game.

The repetitive gameplay of washing and embalming bodies goes some way to make death seem mundane. Death happens to us all. It’s not a supernatural occurrence, or the stuff of horror movies. Western culture has detached itself from the deceased; we no longer tend to our dead, instead we farm them out to funeral homes, who make money from mourning families. A Mortician’s Tale makes the player question all of this and reassess their approach to death in a quiet, measured way. 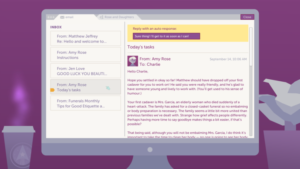 This game is particularly poignant in an industry that makes a lot of money from death and killing as entertainment. A Mortician’s Tale tackles death without killing, which is unusual when games usually deliver an experience that cheapens life.  There are no guns and no waves of nameless enemies, yet A Mortician’s Tale says more about mortality in an hour than most games manage in 20 levels of head shots and assassinations.

A Mortician’s Tale is a short, beautiful, powerful game that will have you reassessing the way you think about death and maybe even planning your funeral, in the most death-positive way.