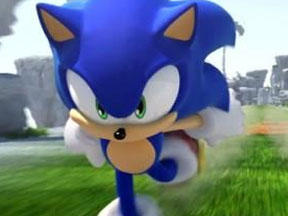 The REAL Sonic is Back

I guess if there is one way to start off this review it would be to tell everyone that I started to lose hope in the Sonic franchise after I laid hands on Sonic Heroes some six years ago. After this point Sonic Team continued to let me down with ridiculous titles like Sonic and the Black Knight, Sonic Unleashed, and Sonic Colors (others can praise it all they want but I hate the power ups). So now we hit 2011 and I could only wonder what horrible attempt Sonic Team would try this year to kill its most well known game series, but lo and behold Sonic Team actually stopped their constant development of bad titles to sit down and read the reviews of their past six games!

Alright I got my rant out. Let’s move onto the newest game, Sonic Generations.

And what a game it is! Sonic Generations is the celebration of 20 years of Sonic and while the latter half of that decade is filled with turmoil I can almost (Note: ALMOST) forgive it after playing Generations.

The basic idea behind Generations is that Sonic while celebrating his 20th birthday with his friends is attacked by a strange entity that tears apart time and space itself. Having flung his friends to the distant past all the way up to the present, Sonic must team up with his younger self and race through his history (and future for our younger friend) in an attempt to restore the world to its proper order.

So reading that gives the game a pretty epic setting and all but being that this is a Sonic game the story is considerably less epic and is actually there just to give Sonic a reason for running through the worlds of older games. Still it is cool to see the older version of Sonic, Tails, and Eggman team up with their younger counterparts in a time spanning adventure. My only complaint is that characters like Knuckles, Amy, and the Chaotix guys (though they weren’t really well known to begin with and for good reason) don’t have classic versions of themselves in the game.

Moving from the story to the gameplay there are some radical changes made in Sonic Generations. When I say radical changes though I don’t mean that a bunch of useless new features were added to the game, quite the contrary actually. Sonic Generations has been thrown back in time and now plays like a Sonic game is supposed to play, fast, dang fast actually. I’ve got to give it to Sonic Team on this one because Sonic Generation gave me a sense of speed I’ve never felt in a game before, not even in older Sonic titles. Combine this insane sense of speed with the amazing camera work and we have a game that truly feels like a roller coaster ride.

What goes beyond just the visuals though is the ability to play Sonic Generations as either Modern or Classic Sonic. Classic Sonic handles all the old school 2-D levels and Modern Sonic takes on the three dimensional levels (Sidenote: I hate having to avoid the term 3-D so as not to confuse readers because of this stupid "3-D" movies and games fad going on right now!). Generations does a great job at breathing new life into classic levels like Green Hill Zone and Chemical Plant for both Classic and Modern Sonic and left me with the same great feeling of nostalgia all while I experienced something new and exciting.

Not just stopping there though, each level has additional missions for both Classic Sonic and Modern Sonic that unlock concept art, music, and character profiles. These stages include timed races, collect the coins, not-hit runs, and many other game types. Sure there are a couple of side mission that suck, but for the most part the extra missions add tons of fun replay value to the game.

I should take this time to mention that I found nothing; I repeat nothing about the Sonic Colors stages to be enjoyable. Slowing down the high speed gameplay to use a stupid power to solve a gear puzzle is not what I want to do while playing a Sonic game.

Sonic Generations has a pretty face to go with everything on the inside as well. Seeing classic Sonic characters rendered in CGI was a neat experience, especially in Dr. Robotnik’s case. Adding to this the overall look of the game was amazing. As I’ve already stated above the camera work in Generations was a blast and the sheer amount of detail in the worlds was something to behold. Even more surprising was how much detail was given to the characters as well. Sure Sonic and is crew are lacking in overly complex design, but what really got me was when I noticed that Sonic’s gloves actually had a fabric texture to them!

Musically the game was a great experience with all of the retro songs being remixed to fit the more modern style while still retaining that classic feel. One specific one I’d like to point out is Escape From The City; yes those who played Adventure 2 surely remember that song. Well now it has been remixed to better fit the musical styles of Classic Sonic and also slightly updated for Modern Sonic as well which is important since City Escape is easily the most intense level in my opinion (though only slightly above Green Hill Zone).

Now we have to hit a bit of a sour note, the voice acting. Sonic games have never been known for their well voiced characters and sadly that trend didn’t end with Generations. All of the characters feel like empty beings who are only speaking with the minimal amount of emotional effort.

Still Generations is a fast paced, exciting, and overall great adventure that shouldn’t be missed by any gamer. Finally Sonic Team listened and hopefully they continue down the road to redemption that they have stepped foot onto with Sonic Generations.

Sonic Generations blasts through GiN collecting 4 out of 5 of our Chaos Emer…GiN Gems!