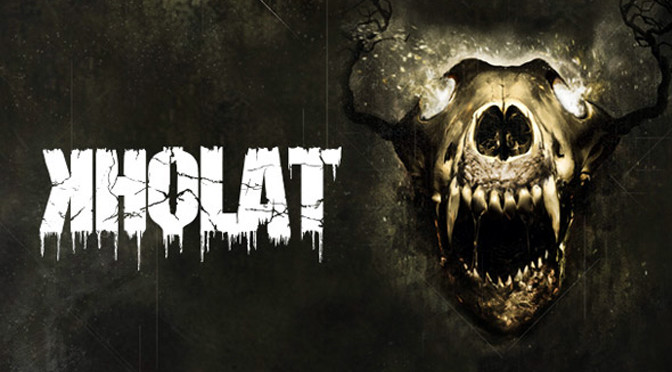 It should be the practice of a good video game reviewer to ask one’s self, “what was the developer trying to prepare, and for whom?” It seems extremely unprofessional when a game reviewer pans a title just because it’s not their cup of tea. This is akin to walking into a McDonald’s and yelling, “wait, what the hell, this isn’t a famous New York steak house!” Obviously, the intended audience is different, and most consumers are enjoying what they purchased in the McDonald’s.

IMGN.Pro fortunately does not create the “fast food” version of video games, but they do go for a real niche audience in their new title Kholat. The game revolves around the true life story of the Dyatlov Pass Incident. If you’re a perpetual viewer of late night Discovery or History Channel documentaries this historical event will already be known to you. For the rest of you, the Dyatlov Pass Incident has courted quite a bit of attention due to the frustrating lack of clarity surrounding the incident. What is known is that nine experienced hikers sought to summit a mountain named Otorten. “Otorten” in the dialectical language of the local tribesmen means “don’t go there.”

Sadly, the nine did not make it out of their expedition alive. What has propelled the incident to such international scrutiny is the odd circumstances surrounding the discovery of the bodies. Some were found with internal damage with no outward markings. Another body had its tongue missing. It was discovered the hikers cut through their tent to escape it and ran into the snow barefoot. Many speculated that an avalanche caused the panic and subsequent hypothermia, although newer technology has shown it is unlikely that area would have experienced an avalanche. When it was later discovered that there was a great deal of scrap metal in the area many locals indicated it was because the place was a known military testing site. Bright lights were reported by several meteorological offices and hikers near the area in the days before the incident. Finally, after the government investigation was completed the pass was closed to the public for three years.

As you can see, the material for survival horror here is legion. Dutifully, Kholat starts with you arriving in a train station. You see no people around you in the town. You begin walking to discover what is going on, much in the same way Dear Esther was designed.

It’s in this first section you come to understand the different direction IMGN.Pro took with their property. The place is plodding, to put it mildly. The graphics are gorgeous, and more patient gamers will enjoy the experience. Those who seek a little more hand-holding in their games will be maddened by the lack of direction and the numerous dead-end roads.

When you do make it to the mountain pass the game does pick up. You’re given a map and a compass to navigate the terrain. Scrawled on your map is a list of coordinates of interest.

Unlike other games the map doesn’t show you where you are. It’s just a map, like it will be in the real world. It will occasionally add landmarks. Some previous researchers have scrawled coordinates on certain rocks. The actual game’s terrain gives a number of markers. Even someone without a decent grasp of direction will be able to navigate through.

This is where the real joy in Kholat can be found. The slow nature of the game can be very rewarding as you trek through some gorgeous locales while relying on your wits to get you through. It’s thoroughly rewarding when the mental work you’ve done has revealed a passage which was previously closed to you.

However, this gameplay is slow. For those who enjoy the crawling burn of classic horror movies such as The Thing and Alien it will be pleasant, but even those faithful will be tested. Much of your time is spent spinning in circles, opening up your map, looking around, adjusting your compass, and shaking your head muttering, “where the hell am I?”

For some, this of course is exactly what they’d adore about Kholat. Video games are incredible when they provide you experiences that would otherwise be expensive or dangerous to seek out in real life. For those who grew up reading tales of mountaineering this will provide a pleasurable escape. For that, IMGN.Pro should be applauded.

Another great aspect of the exploration gameplay is the incredible scares IMGN.Pro sets up for you. There’s many eerie moments when the music is ramped up and the seemingly placid environment begins to bend for some unknown force. People who enjoy an unsettling voyage through the unknown will love many moments of this game.

Still, many people will not care to partake in this slog. If a gamer does not appreciate the setting or the supernatural fare then IMGN.Pro does not make matters easy for them.

In “walking simulators”, as many have dismissively referred to these games as, the collection of notes and untangling the story must be rewarding enough to justify the exploration. This, of course, assumes one does not enjoy the exploration to begin with, which many fans of Kholat undoubtedly would dispute.

However, the fact remains that there must be a payoff of some kind, and in this facet Kholat clearly goes for their target audience and no one else. The narration from none other than Game of Thrones’s Sean Bean are occasionally intriguing, but many times do little to progress the story forward. Others are just downright confusing. This makes gamers hope that the game will be tied up in a tidy bow at the end, but perhaps as a nod to the developer’s European roots the ending is very open-ended.

The plot is satisfyingly creepy for the hardcore fan of spookier horror, but the unclear direction will appeal to mostly cult fans who love to argue for their interpretation on the message boards. Others will be disappointed to not find out exactly what happened in IMGN.Pro’s take.

That said, there’s a number of rewarding moments for a fan. The graphics and sound design really bring this home. This is gorgeous for an independent game. The haunted forests and hidden paths in the snow really come alive. There are some more plastic details when certain beings come into the fold, but it largely works. It would also have been appreciated if there were a few more markers in separate paths to help you differentiate, but the “lost in a snow storm” effect has to be preserved as well.

The soundscape really blows one’s mind. Intermittent silences are interrupted by harrowing dives into orchestral wonder. The voice acting is above par, with little sounding like it was mailed in. Unsettling sound effects seal the package, making you feel like you really are in this hell where a tragedy occurred.

There’s so much to enjoy in Kholat that its shortcomings really stand out. The gamer they tailored this title for will enjoy the terror of not knowing exactly where they are in a snow storm while trying to untangle a supernatural mystery, but then many of the game’s flaws rear their ugly heads.

For one, the written English should really have gone through a few more editors. The subtitles feature misspellings. Both they and the English journal entries are in painfully small print.

With the high production values from the outset it’s easy to forget what independent titles used to be like, but soon those old stereotypes start coming to the forefront. There’s quite a bit of slowdown and pop-in when the graphics engine is overloaded. This can be maddening when you are in a high-stakes moment and need all your faculties about you.

Worst, the game has hard crashes. This really takes its toll when you really had to explore to find your way to a certain point. On a second play through it can be difficult to determine what steps you exactly took. This is disheartening because the thrill of discovery has disappeared, leaving the game feeling like grunt work.

It goes without saying that many people will be turned off by these flaws due to their grandiose nature. It will take a hardcore fan to ignore them, and to IMGN.Pro’s credit that fan will be rewarded. People who enjoy imbibing on the paranormal will find much of what they enjoy here, with a troubling atmosphere accentuated by great design and a storyline they could be debated endlessly with fellow diehards. Yet, the casual fan is unlikely to be converted to Kholat’s specific idea of play, especially given its serious imperfections.