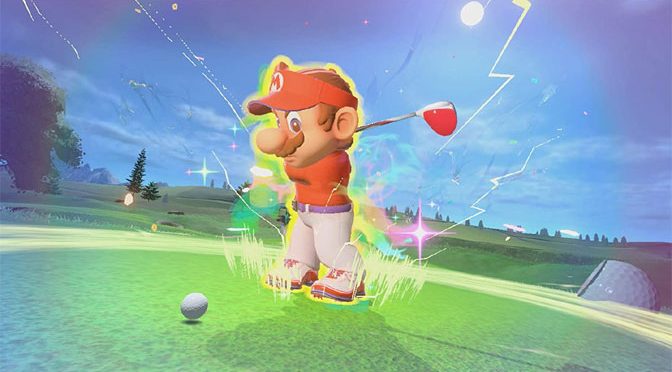 I hate golf in real life. It’s slow, plodding, painstaking and puts me to sleep. Unless it’s in its miniaturized form, with windmills, loops and all other means of insanity, I have no use for the sport. If there were some way to combine the wackiness of minigolf with the full-size version of the sport, however, that might catch my interest.

Enter the world’s most famous Italian plumber and his colorful group of friends. Mario Golf: Super Rush takes the game of golf and does what every great Mario sports game does, adding wonderful character variety, bombastic abilities, explosions of color, and, most importantly, incalculable levels of charm. 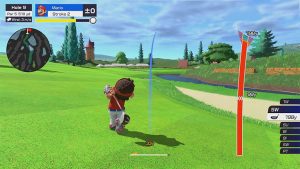 With rounds of golf occurring at Happy Gilmore levels of pace — and often violence — Mario Golf: Super Rush is a frenetic, raucous good time, especially when played with others. The game offers a variety of control options, including the classic button-pressing mode or motion controls for the more adventurous. You can also choose from a number of play styles, ranging from a “traditional” round to a mode called battle golf, which is every bit as chaotic as it sounds. 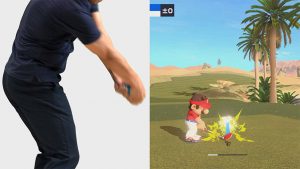 Control selection and game type are only two choices in the wide variety of options Mario Golf gives you. With a cast of 16 characters plus your Mii, experimenting with their different strengths and weaknesses, along with how they match up to each course, is a tremendous amount of fun. Boo, for instance, hits better curved shots than Donkey Kong but can’t hit the ball as far. That said, it takes skill to use that enhanced curve, and it doesn’t necessarily make him better than DK, just different. 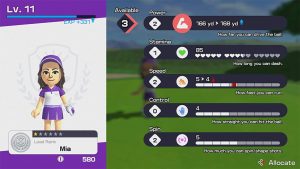 Hitting shots is only one element of Mario Golf, though. Every character also has stats for stamina and speed that factor in to how quickly your character can chase down the ball after they hit it. Outside of a traditional round, the game’s other modes require players to sprint after their shot once they hit it. Of course, it’s not simply running; you can fly into your opponents with special dashes that level them and scatter their coins, which are used to charge the special shot meter. 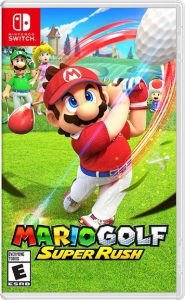 That meter provides game-changing power to your character. When you engage a special shot, not only do you hit the ball farther, you also create madness on the golf course. For example, King Bob-omb’s special shot creates smaller Bob-ombs on impact, generating a cluster of explosions that can blast opponents and their balls away. Luigi, on the other hand, leaves an icy patch of frozen ground that also freezes his subsequent shots, altering the terrain and letting his ball bounce with more force. Each character has some kind of special ability and discovering all of them and seeing them in action is a lot of fun. 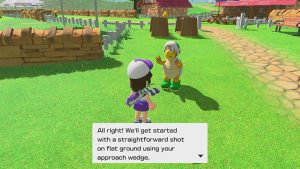 Altered terrain is a recurring theme of Mario Golf on the Switch, with each course featuring a different style and difficulty. The game starts out with an easy rookie course, boasting friendly, wide fairways and escalates to Bowser’s Castle, which gives you almost no margin for error. Each course also does a brilliant job making itself stand out from the others, just like different worlds in classic Mario games. The attention to detail is fantastic, and it makes playing each set of links a joy. 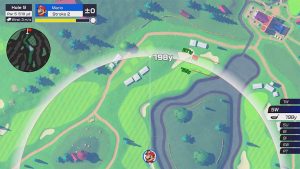 Mario Golf: Super Rush is easy to pick up and play, but its standout feature is the adventure mode, which sees you take your Mii and play through a full campaign of courses, upgrading your clubs and abilities along the way. It adds RPG mechanics to an already enjoyable base gameplay experience, and it’s the crown jewel in this delightful package. 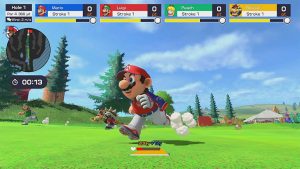 Mario Golf: Super Rush ranks among the best Mario spinoff games in years, and it’s a joy to play alone or with friends. Even if you’re someone like me who despises golf, it’s impossible not to love the pick-up-and-play flexibility the game has.