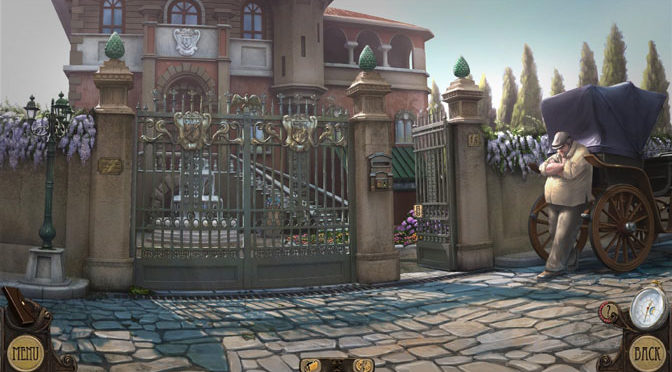 Microids has managed to come out with a hidden objects game that actually has an interesting story with twists and turns enough to keep a player engaged despite some problems with the game. Originally released for the PC, Occultus: Mediterranean Cabal makes its way to iOS and Android, where it can be enjoyed on the go.

However, despite being a fun game, it’s not without problems. The first one is the category. It’s not really much of a hidden objects game. The real meat of Occultus: Mediterranean Cabal is in puzzle solving, but you have to find hidden objects to solve the puzzles, which bring us to the second problem of the game, the graphics. 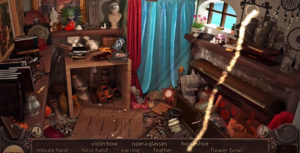 A hidden object game needs to have clearly visible objects. They can be partially obscured, but not so obscured that you can’t actually see them without enlarging your screen and even then, have to sometimes resort to random clicking until you happen upon something. Weirdly, the hidden objects screens aren’t very cluttered compared to other hidden object games I’ve played, but because the graphics are so poorly done, a lot of objects still aren’t really visible. That’s a huge problem because the hidden objects are critical to getting the puzzle pieces you need to solve the puzzles, which brings us to the third problem with the game, the puzzles.

[amazon text=Looking for a challenge? Give Occultus: Mediterranean Cabal a try.&asin=B071NHFVY6] 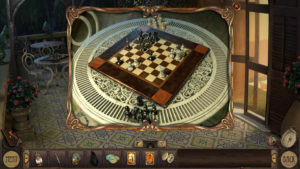 The game does allow you to skip puzzles, but that seems weak and really cuts out a lot of the game. Hidden object games are for casual gamers and this game doesn’t feel that casual. Aspects of it are really challenging and time consuming, which brings us to the last problem, the audio. The music gets very repetitive and annoying when you have to listen to so much of it while trying to solve the puzzles. Also, the accents are pretty bad when the characters speak, but I can let that go. 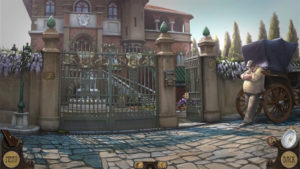 What saves Occultus: Mediterranean Cabal is the storyline. Were it not for a compelling story, I probably would have bailed out on this title. As it was, I played to the end and was not disappointed in the ending. My suggestion: wait for this to go on sale. The full price seemed steep for a title this flawed. I feel like puzzle gamers would find the hidden object sections boring and pointlessly difficult because of the graphics. I feel like hidden object gamers would find the puzzles intrusive and pointlessly difficult and time-consuming, although, it is possible to by-pass them.

Occultus: Mediterranean Cabal earns 2.5 GiN gems for having a good story stuck in a flawed game.