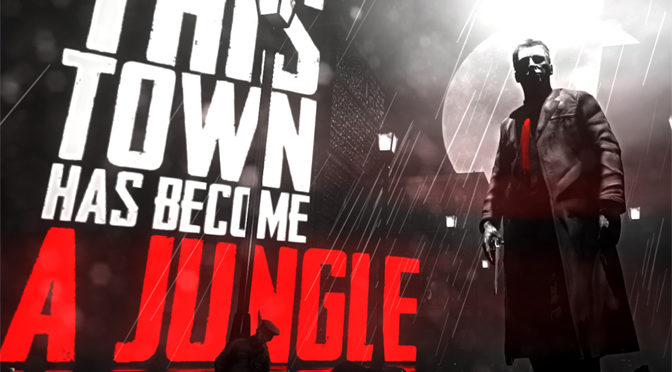 A Crowd Of Monsters

Hi everyone, I’m back with a look at an episodic game that I wasn’t expecting to review, but was happy to do so. It’s Blues and Bullets!

Plot Synopsis: Eliot Ness, former leader of the legendary Untouchables, only wished to spend the rest of his life working in his diner and not thinking much of the cesspit of corruption his city, Santa Esperanza, had degenerated into. Of course things rarely go as planned.

Plot: The plot in this game, even though it’s episodic, is pretty much not at all self-contained, which is a real pity and a major downside of the entire episodic game genre in general. This left me with lots of loose plot threads and little, for me, actual substance with the two currently released episodes. That isn’t to say there aren’t plenty of interesting plot threads, but I can’t help but feel like I only got a couple chapters in a book that I’m expecting to read every single chapter of.

Characters: Ness is a gruff sort of person, and the rest of the cast is pretty great. They are all wonderfully voiced, which is great. I won’t spoil the cast, but we get to see some pretty interesting fellows from American History.

Gameplay: The gameplay is decent, but it’s also not that long. The shooting sections of the game are okay, but there are times when I would get a headshot and it wouldn’t always register. My biggest pet peeve is the quick time events, a game mechanic I despise with a passion. Quick time events are not fun and I have never enjoyed them, even one’s as simple as the ones present in Blues and Bullets.

Art: Graphically, the art isn’t all that impressive, with models and textures that could easily be from the beginning of the previous generation of consoles. However, I did like the art style, it at first reminded me of Schindler’s List, but I was quickly reminded of the movie Sin City with the constant use of the color Red, with everything else being Black and White.

Music: The music is straight out of film noir, which is great. I just wish that the graphics could match the quality of musical scores and voice work, all of which are amazing.

Overall: The plot is good, but not at all self contained enough to warrant the game being episodic. If you can wait until the entire series is released, you might have a lot more fun binge-playing Blues and Bullets.