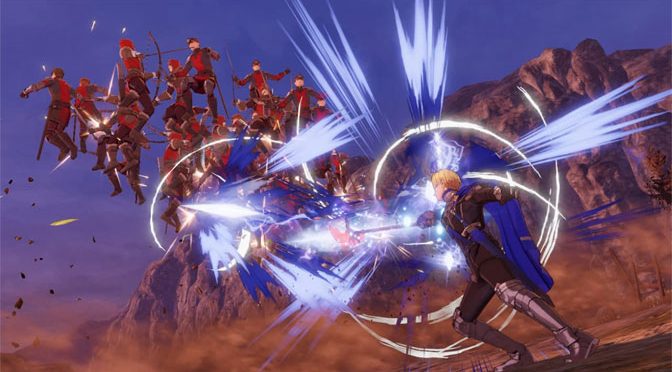 Hello everyone. This is my first full review here at GiN, and from what I have heard there are a lot of devout Fire Emblem fans among the GiN readership. A previous game in the series, Fire Emblem: Three Houses, even earned perfect GiN Gem scores across the board and was hailed as a revolution for role-playing games.

I am not going to disagree with that previous review. However, I will say that Fire Emblem Warriors: Three Hopes is not able to capture that same magic. It does not exactly fizzle out, but it can’t capture that same lightning in a bottle either. 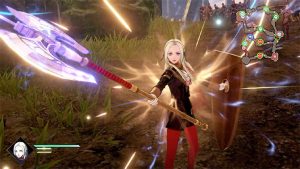 So, with all of that said, I know this review might ruffle a few feathers, but here goes. Fire Emblem Warriors: Three Hopes is a solid meh. Like the previous reviewers and columnists here at GiN who covered this series, I too played Fire Emblem: Three Houses and I enjoyed it as a JRPG. I had issues with the convoluted, nonsensical storyline that changed based on the path you took. Also, the main antagonists were forgotten, and the developers shoved a garbage truck full of time-wasting fluff in it. But it worked.

Fire Emblem Warriors: Three Hopes has all of those same negative elements. The flaws are nearly identical if you line them up. But it doesn’t have the same positive aspects to balance the unwieldy negatives on the other side. 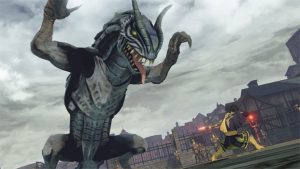 That is not to say that Fire Emblem Warriors: Three Hopes is a bad game, because it is not. However, the design choices bring down what could have been a really great game. Let’s start with the good elements. First, Three Hopes is better than the first Fire Emblem: Warriors. The characters are great, you will really love them, and the development is top notch. Intelligent Systems has done a great job of having the best protagonist since Fire Emblem: Awakening. The main character is like Byleth from Three Houses, just with a personality deeper than a parking lot puddle.

Personally, I think this game could have been perfect as a Dynasty Warriors: Empires type of game, where you would have picked a faction to try and take over the country of Fodlan with a sort of Civilization feel to it with resource management. Instead, we got battles exactly like the previous Fire Emblem: Warriors game except they threw more button combinations and features that were drug up from Three Houses. 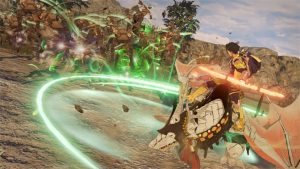 Creatively, the game could have used more of a restrained approach with mechanics. If almost any game element was present in Three Houses, it was brought over indiscriminately to this game, whether or not it made sense to do so or not. A lot of the support building tasks lose their effectiveness shortly into each storyline. For example, the developers brought the morale system back and apparently if characters have high morale, then they deal more damage. That sounds cool on paper, but I’ll be honest. I’m fifty hours into the game, and I have not noticed any difference at all. 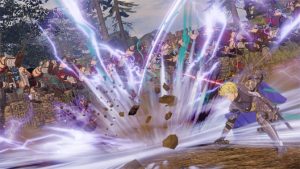 Those fifty hours I have played are mostly following one single storyline, and I am STILL not finished with it. But that does not mean that I am following a really interesting main plot. No, I am grinding with a lot of time-wasting stuff in the game to the point that it becomes exhausting. For example, the war map where you can take over territories and get rewards (depending on the chapter) just gives you two to six mini battles leading to another battle, and the class system is still a complicated mess. 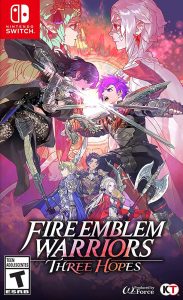 I really wanted this game to earn a great score. And it does in some areas. The strategy section of each main chapter battle is really innovative and a great addition to the franchise. But it’s totally undone by the difficulty of using the flying and archer classes effectively.

My experience is best described by my previous comment, just meh. I am still going to beat the game, still put in the crucible of hours required to finish all three stories but am kind of bummed out about what could have been, which really are some of the saddest four words in gaming. I was unfortunately saying those words a lot while working on this review. 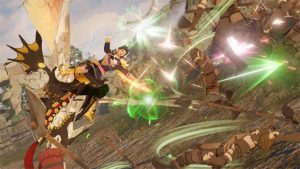 Also, I have heard Fire Emblem fans complaining that the series is in decline. Based on the last few entries, they might be right. I don’t want to talk too much about the stories here because of spoilers, but they have cleaned them up a little since Three Houses. Still, that is a low bar, and the series should be offering gamers so much more overall.

Fire Emblem Warriors: Three Hopes earns 3.5 GiN Gems out of 5. That’s respectable, but it could have been so much better.