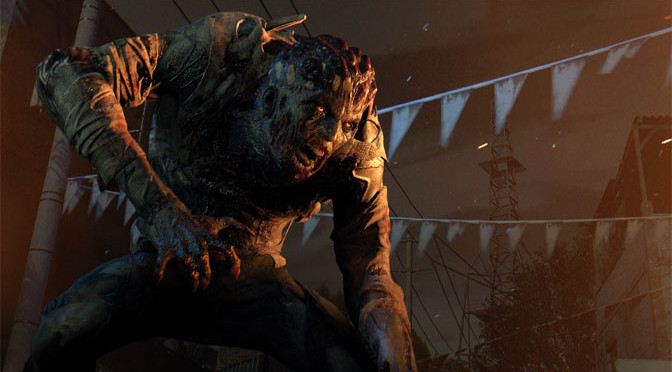 Dying Light: Be The Zombie Mode

Under normal circumstances I don’t review individual game modes or DLCs. After my review of Dying Light, which earned a perfect 5 GiN Gems, it was brought to my attention that the Be The Zombie mode DLC would add a lot of gameplay time and make the game even better.

In Be The Zombie you take control of a zombie and attempt to kill players before they destroy your eggs. In addition to this being a mode from Evolve (another 4v1 game) this is pretty much generic. In fact, it was even less fun than the Left 4 Dead version of be the zombies. At least in Left 4 Dead you were on an even playing field with the humans and you could have fun dragging someone away.

If only this were a similar gameplay model.

Instead, the odds are so stacked against the zombie its not even funny. True, as a zombie, you can kill humans with just one button press… if you can jump through the hundred fiery hoops in your flammable sheep costume first.

Let’s be frank to start, the controls are just plain awful. They are pretty much the same controls for the single player campaign. While these controls are great against the unintelligent dead, against players they are sluggish and unresponsive. On numerous occasions I have lumbered around praying for dumb players just so I wouldn’t rely too much on the boat like controls.

The object is simple, but you have to be some lucky person to achieve it. Every player has UV lights that if they shine on you, forces your zombie to stop doing anything at all, except clawing blindly at anything that moves. This ability to stop you completely is not limited to just while you are walking around. You could be mid-kill animation and it will stop you and lead to your brains being splattered across the pavement via a lead pipe.

So with frontal assaults ruled out, you have to go sneakier with your planning. One problem with that though…they can see your location every single time you use your growl to find them. By the time you sneak around them you have to growl again to relocate them, thus blowing your cover.

Of course, this is only possible if you can actually get into a game. I managed to get in a full game once out of every twenty or so attempts. More often I just hit find game and went to work on my research paper. If this mode were any buggier it would be like a bad sequel to Starship Troopers.

In conclusion, Be The Zombie mode was a nice thought, but failed to meet it’s goal. Dying Light is a good game in it’s own right and doesn’t need this mode to be a selling point. If you have fun with this mode, congratulations on being easily entertained as it will save you a lot of money. If you have standards though, you will despise this mode and play it only a small handful of times. I’ll be generous and give this one 1.5 Gin Gems. Thankfully, Dying Light remains an amazing title. Just leave this mode to quietly rot.