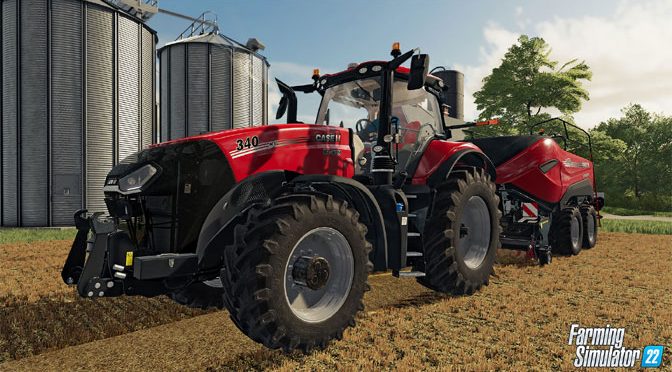 Have you always dreamed of wide-open spaces and growing your own food? Do you love gigantic vehicles with very specific uses? Are simulation games your favorite genre? Then Farming Simulator 22 is for you.

Yes, Farming Simulator is back and bigger and better than before. How is it for the uninitiated versus Farm Simulator 19 players? Let’s get into it. 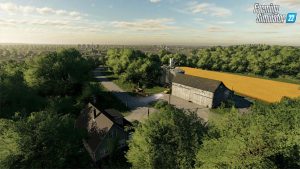 First off, Farming Simulator falls into that hardcore simulation category, the kind of game that has so many components and things to track that it can feel like work in the best kind of way. When you manage a successful farm in this game, it feels like a real accomplishment in the way that only the best simulators can. That said, the learning curve for all simulators can be steep and how much time you’re willing to give to learn systems and fail at aspects of the game sometimes is going to determine how much you like Farming Simulator 22. Because some players will really love it with the new features. 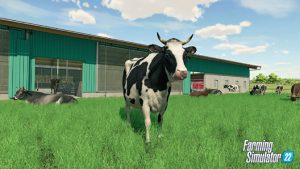 Hardcore simulation gamers are going to love it, but casual gamers, not so much. So, what if you’re new to serious simulation games, but have always longed to drive a massive harvester, can you have fun with Farming Simulator 22? Absolutely. For one thing, the folks at GIANTS Software have given you three difficulty options for starting out as well as an in-game tutorial. Is it the most comprehensive easy to understand tutorial I’ve ever experienced? No. No, it is not. Never fear, there are loads of lovely people willing to go in depth about every system on YouTube. If in doubt, go to YouTube. 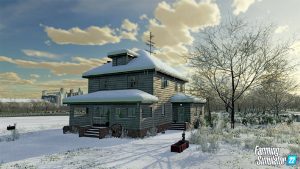 If YouTube isn’t specific enough for your needs, there are always Reddit and Discord forums. Don’t worry, if your digital family farm is struggling, someone can help you. There are so many people devoted to this series, it’s practically a cult, but then I feel like most simulation games are like that. On the other hand, I feel like a game’s tutorial shouldn’t require a player to go outside the game for information. This is not a great tutorial for the uninitiated, and frankly, I’ve seen better, more useful maps in games too, so I dinged them a bit on fun, because frustration is a killjoy.

But what if you’re a Farming Simulator 19 devotee, does GIANTS Software deserve more of your money. As someone who owns multiple copies of Skyrim, I’m going to say, yes, but not just because of my own addictions. 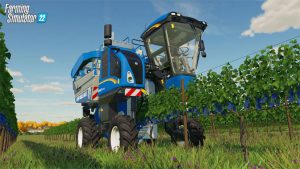 The graphics are amazing, which isn’t to say they were bad in FS19, but they’ve really stepped it up for FS22. The developers have also dramatically increased the number of machines as well as the number of crops that can be grown. And this now includes several that can only be successfully planted during certain seasons. 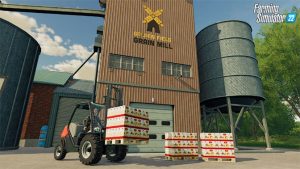 Along with new crops, there are greenhouses available now, but more importantly you can produce goods from your crops that sell for more money than just the crops. Probably, the most noticeable change, after you’ve been playing for a while, is that the seasons change, which of course brings about new challenges on your farm. For example, some crops need to be planted in the fall, and won’t grow for you until the following spring. 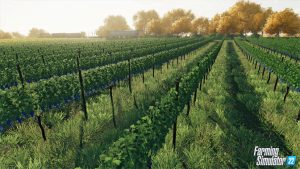 Well, there is another more immediately noticeable change. Many FS19 players were frustrated by trash like used cars and other junk that would be on their farm that they couldn’t sell off or take to the dump. They were just sprinkled around like decorations, but for the tidy among us, they were eye sores, and the fact that they weren’t removeable made some people (like me) crazy. Rejoice! That crap is gone now. If you miss it, I guess you can leave your old tractors in the field when you upgrade. 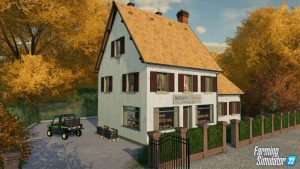 Those are just some of the most obvious changes between FS19 and FS22. There are many more, and they all add up to Farming Simulator 22 being a bigger, better game.

Check it out and let us know what you think. See you out there on the farm!