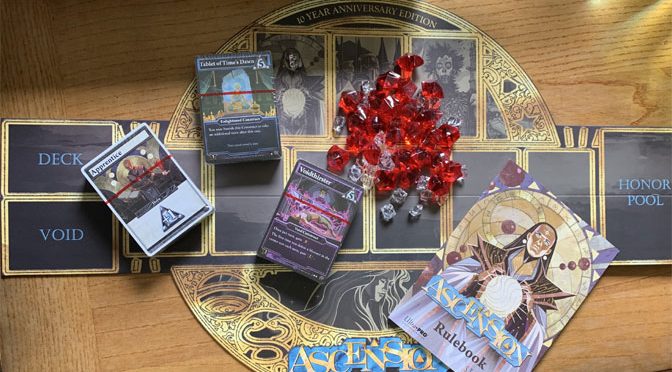 Games come and go all the time, so for a company to have a game successful enough to issue a 10th anniversary edition is a big deal. Stone Blade Entertainment has done just that with their popular Ascension Deckbuilding Game. Over the years Ascension has had various expansions as well as a video game version in conjunction with Playdek, so it’s nice to see the company make what was originally an addon to their miniatures Kickstarter available to the general public. 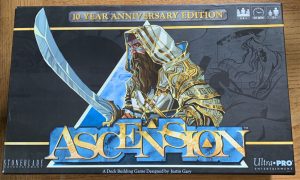 For those of you who might not have played the game in the last decade, Ascension is a fast-paced deckbuilding card game with two ways to score points, money or battle. Whichever choice you make, the goal is to collect the most points at the end. There are definitely tactics at play in Ascension, but no real strategy given that the luck of the draw plays a huge part in how the game goes. 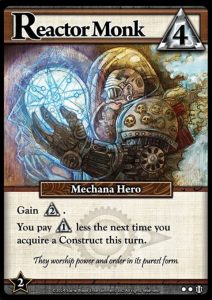 On the other hand, it’s quick to play in thirty minutes or less and plays well as a two-player game but can be expanded to four players, which is nice for game nights when some players arrive early and others late. It’s also good for when you’re in the mood to play but just don’t have a lot of time. Adulting, am I right? The other thing I like about Ascension is that when you’re out of honor tokens the game is over and everyone adds up their points. I like a good clear ending like that.

The real selling point though for Ascension over some other similar games, is the shear quality of the components of the 10th anniversary addition. The 181 cards are nice thick stock, well coated, an easily shuffled. The board is heavy stock and folds nicely. The rules aren’t too complicated and come in a provided booklet. 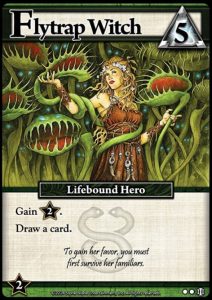 Even the box that holds the cards is big enough that you could add an expansion deck or several in the same box for easy transport. Even the artwork has been updated. The honor tokens that represent points (red-five, clear-one) are hard acrylic and substantial. The whole set just feels good in your hands.

Check out Ascension for yourself and let us know what you think in the comments below.