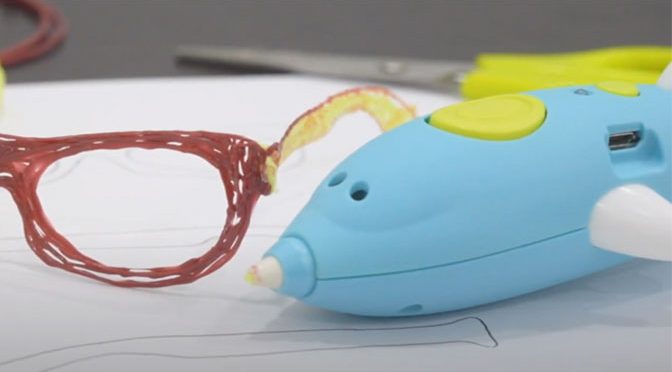 I wasn’t familiar with 3D pens when the myFirst 3DPen arrived for review, so I came to it as a complete noob, which I think is often helpful when reviewing products for children. The pen essentially functions a lot like a glue gun, only it doesn’t get nearly as hot because instead of activating glue, it’s melting plastic filament so they can be drawn into patterns. Then the patterns can be assembled by putting pieces together and “gluing” them in place with more melted plastic. 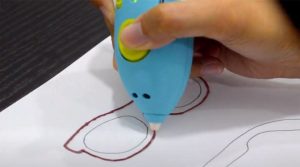 The myFirst 3D pen comes in the shape of a cute dolphin. While I like the look, the fins and the fat shape make it awkward to draw with and I have big hands. I think it would be challenging for smaller hands to hold it and manipulate it with any accuracy.

After charging the dolphin with a USB charger, you’re ready to start. The tip doesn’t get too hot, so there’s no worry about your child burning themselves, but oversight is never a bad plan when it comes to toys that heat up. 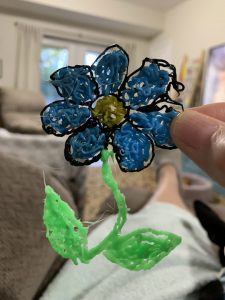 A lot of the scant documentation is about not pulling out the filament, but you have to pull it out, you just shouldn’t pull it out without releasing it first. That could have been stated more clearly in the instructions. The plastic filament hardens quickly and the booklet comes with various patterns that can be used as they are since the plastic doesn’t stick to the paper.

The only real problem was that when changing colors some of the old color will bleed into the new color. You can even see that on the video above. If you have a perfectionist child, that’s going to make them nuts. Cleaning the tip isn’t sufficient to clear out the last color. Essentially, you have to clean the tip, and then use the next color for a while until it runs true. On the other hand, not all kids will be bothered by that. 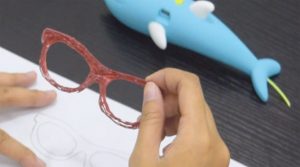 The pen is recommended for ages 8+ but it’s not that easy to manipulate, so I think it’s safe for 8+ but probably better for 10+ in terms of effective use. If you have a myFirst 3Dpen, let us know what you think in the comments below.