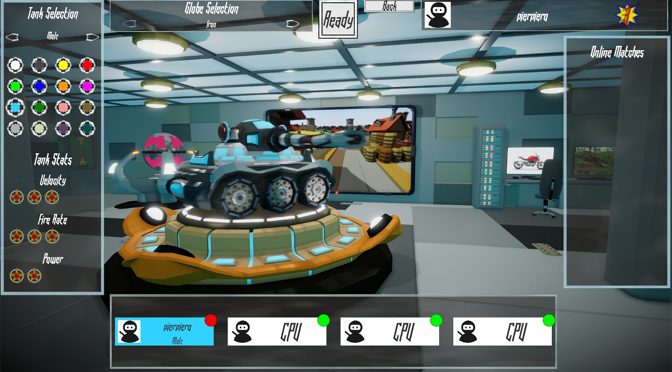 Hey all I’m back with a Beta Review for a game I got asked to take a look at recently. It’s Cannon Arena!

Editor’s Note: GiN occasionally looks at games that are still in beta, especially ones like Cannon Arena which are getting close to release. This is not a review, as that would be unfair while the game is still in development, but just our take on things as they stand right now. As such, there will be no scores given, just our impressions trying the game out and looking at what else is out there. 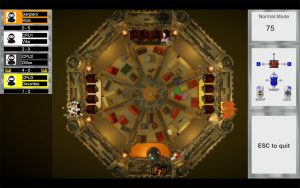 Cannon brawling or tank versus tank type games have been around for a very long time, with some dating back to the earliest computers. There are lots of variations these days, like the Worms franchise that replaces cannons and tanks with heavily-armed worms. Back in 2014, a game called Cannon Brawl from Turtle Sandbox made a bit of a splash by adding airships and other artillery to the genre, but there have been quite a few over the years, and probably too many to note.

Cannon Arena Gameplay: The gameplay is unique, with boards that look a bit like a bumper pool table. Gameplay wise, Cannon Arena actually, and surprisingly, plays a bit like air hockey. 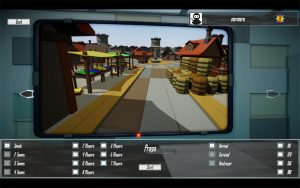 Honestly the gameplay needs some serious refinement, and given how simplistic the game is supposed to be, I’d have expected it to be easy to play and understand. It’s not. What is not told to you when you start playing is the fact that when you are shooting the orb/cannonball to propel it towards the enemy, you can’t fire multiple times in quick succession or it will lower your projectile speed. That means you can’t correct course easily or quickly.

Why it works like that I can’t tell, other than perhaps a very misguided attempt at creating balance. However, given that there are multiple tanks, each with various stat levels I can’t see the reasoning behind this decision. 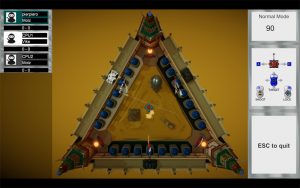 I played several games against the CPU, which you will also be doing because the idea behind the game is that you first play and complete the single player campaign. Doing that earns you new tanks and arenas that can be used in online multiplayer matches. Unfortunately, I lost almost every one of my battles by a large margin. How they go about fixing those issues I can’t tell you, other than it’s not very fun to get your butt kicked by a computer opponent repeatedly. Hopefully it will be more fun to play other people once the game launches, since everyone will be in the same boat, as opposed to the computer which seems to know and be an expert at the current aiming and shooting system. 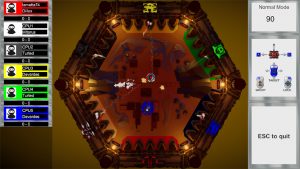 Art: The art is incredibly simplistic, and while it’s not absolutely eye-searingly terrible, it’s nothing worth looking over more than once either. Like the gameplay, it could use some more refinement, but this is a small indie game so I doubt that will happen.

Music: The musical choices, from sound effects to background music are just bland, when you can hear anything at all. You can play this without ever turning on the music and you’d still get essentially the same gameplay experience, which is something no game should aim to have. 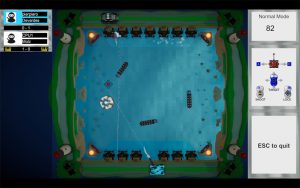 Overall: Cannon Arena very much needs additional time spent refining the core gameplay, and sprucing up the art and music wouldn’t hurt. Otherwise, I can’t honestly recommend spending money on it once it releases on Steam, which is currently set for June 11th according to the Steam page.