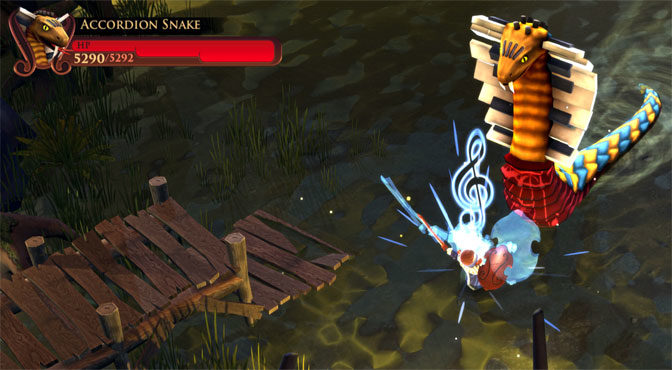 Hey all I’m back with a review of a music-themed dungeon crawler this time. It’s AereA!

Plot Synopsis: As a disciple of the Great Maestro Guido you have to unravel the mysteries of Aezir. Find out what happened to the world and return the nine primordial instruments to restore balance and bring peace to the world.

Plot: I’d like to say that AereA had a compelling and interesting plot that would pull in anyone. I’m unfortunately unable to say that. It’s pretty simple, go find nine magic MacGuffins and restore balance to the world as some musician’s apprentice. Your only weapon is your musical instrument. Yeah, I can’t really give it any more words, other than to say it was pretty boring. It doesn’t get better though… 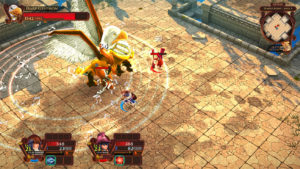 Gameplay: When most people think of a dungeon crawler, they think Diablo, or maybe Torchlight if their parents were super strict and absolutely forbade you from playing a game with the “Devil’s name” on it. Either way, you’ll see similarities here, in form. However, when it comes to execution and implementation AereA has none of what made Diablo, or even Torchlight great despite pretty much being a poorly made clone of Diablo. It has no addicting loot dropping from every monster, nothing to click on to make it seem like killing a few thousand zombies or whatever is infesting the map worthwhile. 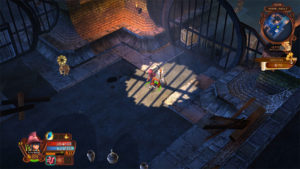 In fact, it doesn’t even have proper system for aiming for those of us who prefer a ranged fighting style. I could fire in a 360 arc, but the aiming sucked, if what was implemented can even be called aiming. I consistently got my ass handed to me by rats in the first dungeon because I had the temerity to play a ranged character. This isn’t helped by the fact that monsters respawn every 45 seconds or so, making clearing rooms impossible. I quickly stopped caring about the bare bones plot and just got stuck dealing with poorly implemented gameplay. Needless to say, no amount of “compelling” soundtrack could keep me interested in a game that seemed hellbent on killing me with rodents. 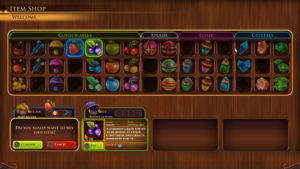 Art: It still doesn’t get better, AereA looks like the original Torchlight. It was a decent enough art style back in 2010 when I played that game on my now dead Mac Pro. It’s been seven years since then, so I’m expecting at least some improvement over a seven-year-old game that I could load up on Steam and play and get more enjoyment out of today. I’m pretty damn forgiving when it comes to art. I generally don’t care about art if the gameplay and/or story is compelling enough, however AereA has neither of those things. 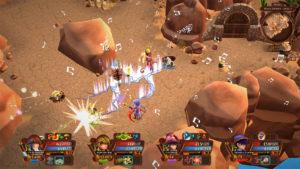 Music: The supposed high point of this game, with most of the monsters having a musical theme, like drums represented by elephants or snakes as keyboards, or eagles as harps. Some of these animal/monster and musical instrument pairings makes a lot more sense than others. In any case, sorry to say that it was bland and the constant thrum of a harp that sounded when I was shooting arrows got old very, very quickly. 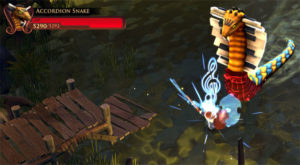 Overall: Please for your own sake, stay far, far away from this game.

I’m not even going to try to say something halfway nice about this game and who might enjoy it. Just go buy Diablo, or Torchlight or Bastion. You’ll have a thousand times more fun at a fraction of the cost as you’d spend on this cacophony of terrible gameplay.