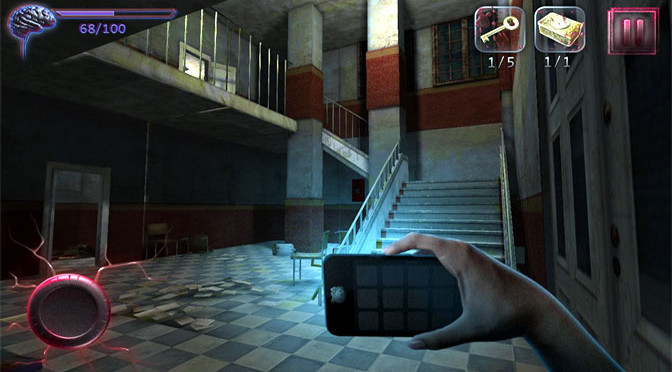 One of my favorite video game genres is survival horror. Not many games these days are the same as back when the genre first started. They used darkness and music and sound effects with low tones to set the mood. Slender Man Origins 3 by Bigzur does just that to great effect. The entire experience is perfectly creepy.

Slender Man Origins 3 is about a school girl whose friends go missing from the dormitories. Then one night the main character is trapped inside the school. A ghost appears to help her escape the area. She has to collect seven keys to escape. If she wants to help the ghost, she’ll have to find a golden box to release her soul. The player walks around an area of the school finding these keys, but be careful because Slender Man could be around any corner. Don’t get too close or its game over. Also there are hostile ghosts that will pop out of nowhere and scare you.

The sound is great. To get the full effect, I recommend headphones. From the isolated sound of the character walking to the low atmospheric noise of the school. Each works wonders to draw in the player until they least expect the jolting scary scene.

Slender Man Origins 3 is a great game for people who like getting scared or who like horror games. The game has a good starting story but I would like a little more depth to the back-story and to actually see the main character find her missing friends. Slender Man Origins 3 by Bigzur gets a 4.5 out of 5.