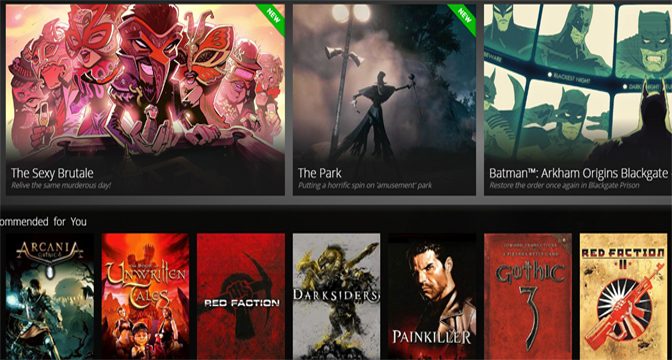 “The Netflix of gaming” is quite the lofty aspiration for a fledgling game service provider, especially one that wishes to operate in the same gaming ecosystem as Steam. Utomik operates in a much different manner from Steam, GOG, Origin, etc., in that it’s a subscription service that grants you access to any and all games on the platform for a monthly fee. This review of the service is largely of Utomik’s service as it stands at current, which is in beta testing as of this writing. So, is Utomik a real atom bomb of a deal, or did the service blow a fuse? Let’s find out.

This review is going to encompass a few very specific categories: How many games are on the service, how Utomik compares to its competitors, and what kind of features Utomik offers. Since the service itself is currently in beta testing, a lot of its features are planned but not currently implemented, so that’s important to bear in mind at this time. 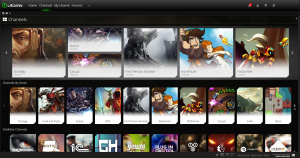 As far as games go, Utomik has a pretty reasonable selection considering it’s not yet even out of beta testing. Over 700 games are available on Utomik as of this writing, and between 10 and 20 additional games are added every month. How new the games are is an extreme variable, however: Indie titles like Furi, The Sexy Brutale, and Splinter Zone were just recently added to the service, and there are fewer AAA titles of which Utomik can boast, though Batman: Arkham Origins Blackgate is coming soon to the platform. The good news is that it’s not like you have to pay a separate fee for every single game you’d like to sample: For the subscription cost you can play any game that’s available on the platform whenever you wish.

Of course, a critical mass of games is only part of the allure of a new gaming service – the quality of those games is important, as well. THQ Nordic, Sega, and Deep Silver already have a sizable number of titles on the service, with games ranging from Dead Island: Riptide, Saint’s Row, NiGHTS into Dreams, and Darksiders. The more publishers Utomik partners with, the more games will be available on the platform, and the speed in which games are being added has only continued to grow from month to month. There’s currently a high number of indie and classic games available on the platform, and while it may not get current AAA titles for another year or so, games like Saints Row: The Third and Borderlands should definitely give you your money’s worth, with plenty of indie titles in between. 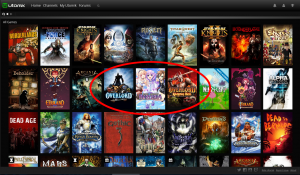 Functionally, the software can use some work. Subscribers find games to play though either the Home or Channels tabs of the Utomik client, with Home showing recommended games (based by playing habits, I would imagine) and new releases, and Channels sorting games by genre or publisher, but in some kind of seemingly random order. For example, clicking the RPG channel will show you the list of role playing games currently available, but they’re not in alphabetical order in the client at all which is extremely strange considering you can sort through games by alpha on Utomik’s website. So, someone looking to play Hyperdimension Neptunia Rebirth 1 may have a hard time finding it when it’s sandwiched between Overlord 1 and 2. Even more strange, I could not find a way to sort alphabetically in the client at all- if there is such a feature in the client, it’s not obvious. As it stands now there aren’t exactly a tremendous amount of titles to make game discoverability a problem, but this is an issue that will only worsen as the service progresses.

As far as features common on other PC game platforms, Utomik is lacking a friends feature, as well, so people playing the same games would need to organize somewhere outside of the client. There is also no achievements feature, though the implementation for this is already included in the beta client, so such a feature will be definitely be added at some point, it just is not available right now. There are forums that can be accessed directly through the Utomik client for every single game on the platform: A lot of them are empty, barren wastelands devoid of any commentary, but there are people (I believe at least one of them is a moderator) ready to help with technical support at almost any time, which is nice. 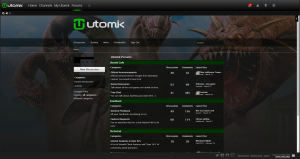 Lack of additional functions of the client aside, Utomik does play games smoothly and fluidly. With Utomik, you don’t download the entire game before being able to play, unlike Steam or Origin. It’s actually a lot more like Blizzard’s client in that you only have to download a minimum number of files and the client will download the rest while you play. There’s no streaming involved here, so while the company makes a comparison to Netflix, that’s not exactly accurate – which is a good thing, by all measure, especially considering the mess that eventually became OnLive (which was a solid idea, but the infrastructure wasn’t quite there yet- PSNow seems to be doing much better in this regard years later).

When it comes to reviewing a service, comparisons to other platforms are obviously going to be unavoidable. So how does Utomik stack up against the competition? With Steam, it’s a wash as far as features are concerned. New games are available on Steam more than any other platform, and it also has significant community features like streaming, allowing you to watch friends play games, etc.. Utomik shouldn’t exactly be viewed as a competitor to Steam, however, given that you pay a flat rate ($5.99 as of this writing) to access as many games as you want. If you feel like playing Batman: Arkham City but don’t want to shell out $20 for it when it’s not on sale, Utomik lets you load it up and play until you’re satisfied. As it stands, GOG Galaxy, Origin, Blizzard’s Launcher, and even uPlay have easier to sort through storefronts and features like friends, but those services have also been released for years while Utomik is in beta.

So, let’s get to the bottom line: As it stands, is Utomik worth your money? If you don’t need the latest games, but would rather spend your time with a large number of older ones, then Utomik’s subscription cost will absolutely be lower than what you’d pay elsewhere. If you’re the type of gamer that only likes playing the latest and greatest titles instead of the plethora of indie darlings and strong, older titles, then Utomik won’t exactly entertain you that well. Additional functionality is coming to the client over time, such as planned implementation of friends and achievements, but there’s no ETA on when that may happen. Even over the month the service was being reviewed, the number of games added month-to-month increased substantially, so Utomik may definitely be something to pay attention to in the near future.

One thought on “An Atomically Good New Game Service”