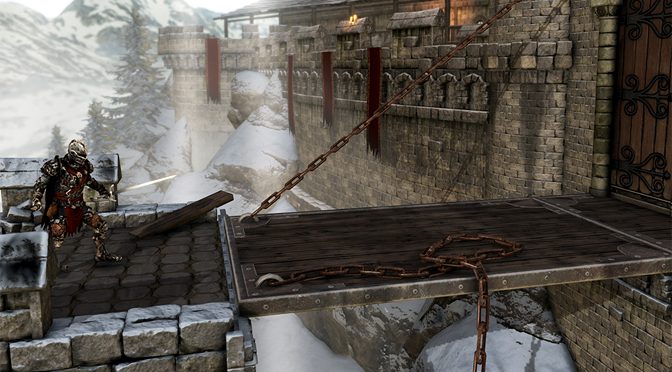 The market for 2D platformers is pretty extensively saturated with retro-inspired titles. Some are tough as nails titles influenced by difficulty from the 8 and 16-bit eras, while others were more kid-friendly games that invite familiar game mechanics. Rarer than those are the games that eschew the retro visuals in favor of more 2.5D aesthetics afforded by full polygonal models and environment design, which is where Castle of Heart pulls its inspiration. Castle of Heart is a fantasy game in which you play as a cursed knight, trying to find his lady love. So will this game’s heart go on, or will its cheatin’ heart make you weep? Let’s find out.

Castle of Heart’s story takes place in a medieval fantasy world where an evil sorcerer turned all of the citizens of a town into stone and kidnapped the love interest of the protagonist knight. There are a few lines of dialogue here or there throughout the game but most of it is as anemic as you’d expect from a fantasy platformer (“I have to get to the town gate”- that sort of dialogue). While the story is really anything revolutionary outside of just giving an excuse for the adventure, the plot isn’t exactly why people play platforming titles, after all. 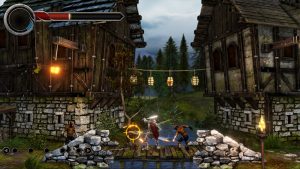 Castle of Heart is a 2.5D game with an emphasis on platforming and combat, where you play as a knight who was cursed and whose health slowly drains, meaning you need to constantly be on the move in order to continually obtain health-restoring pickups. Killing enemies, breaking boxes and barrels,  etc., lead to more health as well as items that potentially lengthen your health bar. This creates a motivation to complete tasks and bypass obstacles quickly without adding a bunch of complexity to the game in order to increase tension. 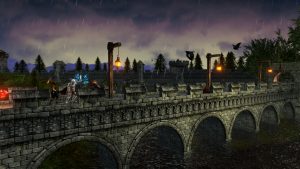 The basis for Castle of Heart is great, but mechanically the game struggles a tiny bit. Most iconic platforming titles have tight controls and rigid detection, but Castle of Heart doesn’t really seem to have either as of this time. Jumping is extremely floaty, which isn’t a problem in an of itself, and that shouldn’t cause any players difficulty outside of learning the timings for the largest jumps at the beginning of the game. There were complaints, however, of input delays when inputting any command in the pre-patch version of the game, and I can say unequivocally that the input delay issue has been patched out and controlling your character is floaty, but responsive. 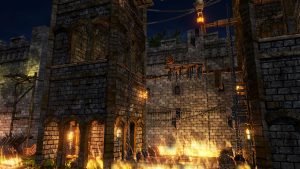 Attacking enemies has absolutely no weight and very little feedback behind it, and for the beginning of the game players can just mash the attack button in front of foes and continue moving rather than trying to block or dodge roll. Players will find Castle of Heart much more enjoyable if you learn how proper block timing or use the dodge to avoid getting surrounded, especially when you reach later levels. So while combat doesn’t exactly feel the greatest, it’s passable enough even if there isn’t satisfying audible or tactile feedback a player would expect from hitting an enemy or getting hit. 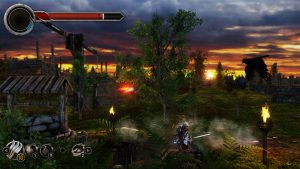 Mechanics aside, the level design of Castle of Heart is great. Players are often presented with multiple options in bypassing enemies- such as cutting or shooting down lamps and torches in order to burn enemies without having to get into melee fights with them, or being able to bypass enemies and obstacles entirely. You can obtain secondary weapons as you progress through the game, as well, with many of them doing more damage than your starting sword, and you can find special ranged weapons like javelins and crossbows that can destroy flying enemies, objects, and stage hazards, alike. Being reduced to critical health also comes with an additional negative in that your arm that wields secondary weapons breaks off, removing your ability to use those more powerful and flexible weapons until you restore your health. 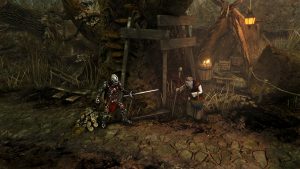 Graphically, Castle of Heart looks great. The lighting effects on the backgrounds are visually striking and superbly detailed. The character models aren’t exactly the greatest as they have mediocre textures and are stiffly animated, but the environmental design more than makes up for that. The sound design is similarly give and take in that the ambient music is understated and sets the scenes and stages quite well, but it’s commonly overshadowed by below average sound effects like the constant moaning and grunts of enemies, which can be extremely grating and repetitive- you wouldn’t really lose a lot by playing this game in handheld mode with the sound off. 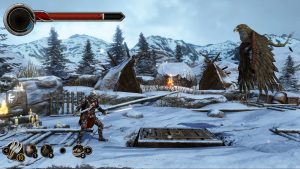 Overall, Castle of Heart is an enjoyable action platforming game that evokes old school difficulty. It has wonderful level designs with sometimes ingenious traps that even the player can take advantage of on occasions, but it is commonly marred by awkward, floaty controls that can make the game a little more difficult than it should be at times, but is otherwise completely passable. There’s a small amount of replayability by collecting 5 purple shards on each level for completion’s sake and roughly 20 levels to jump and fight through, so players hankering for a new platforming game can find something to enjoy in Castle of Heart. 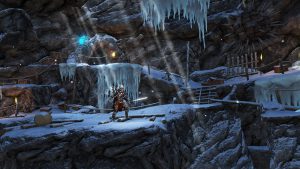 Those who don’t like platforming games or only like the best of the best may have to wait on a sale of Rayman Legends or similar title, but Castle of Heart can keep a platform-lover entertained for a reasonable amount of times for only $15. The game does have some issues in overall quality, though, which is why Castle of Heart earns 3.5 out of 5 GiN gems.