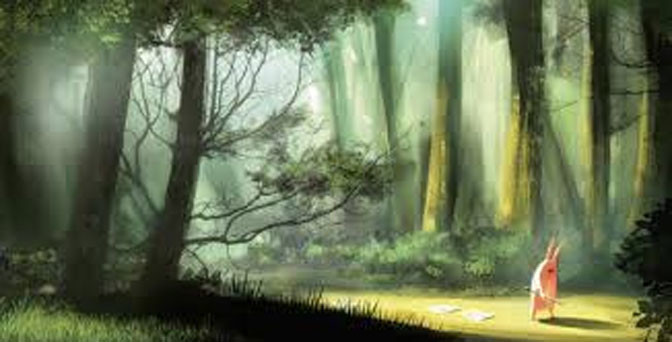 The growth of story-based games means writers are more in demand, in the games industry, than ever before. Gamers are demanding more engaging and immersive experiences, regardless of genre and that means more player agency and choice, but there’s more to writing a game than producing a script. The Narrative Game Toolbox offers a guide for budding narrative designers who want to create compelling stories for games and work well within a development team. 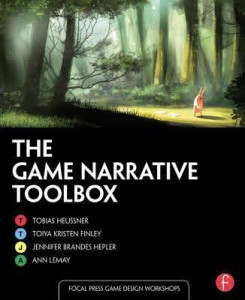 The book brings together four narrative designers, with impressive credits to their names, including Mass Effect, Shadowrun and Star Wars: The Old Republic. Tobias Heussner, Toiya Kristen Finley, Jennifer Brandes Hepler and Ann Lemay all bring different areas of expertise to the table, from technical tips to design-focused knowledge or just on-the-job advice.

This comprehensive guide covers everything from ‘what is narrative design?’ to characters, world-building, production, dialogue and troubleshooting, as well as networking for job opportunities.

Added to the advice from the writers,  are Q&A interviews with the likes of Rhianna Pratchett (Tomb Raider), who give interviews on different aspects of the role of narrative designer and the industry.

Chapters all start with an image on the facing page, plus a bullet-point list of the contents of that section.  In addition, each chapter introduction is followed by a box out called ‘in this chapter, you will learn…’, which lists the key topics.

Topics are demonstrated using references to well known games, as well as diagrams to demonstrate a point. Crucially, the end of each chapter features an exercise, which is designed to put the topics covered into practice. Each exercise is followed by a sample project, so that people can check they’re on the right track.

The idea of the book is that you can start a project with a concept, in Chapter One and use the exercises to flesh it out. You won’t have a finished game by the end, but you’ll certainly have some scenes and characters under your belt.

The Game Narrative Toolbox is a great starting point for anyone thinking about writing for games. I went on writing for games course last year and this is the perfect complement for that. It’s pitched at people with a basic knowledge of storytelling in games, rather than complete novices or kids.

If you’re at home, working on a game in something like Twine, then this book will be a great companion. It also offers sound advice for anyone looking to shift their career in the industry towards writing and storytelling, by laying out the role of a narrative designer in relation to the other parts of the team. The writing is clear, informative and easygoing, so it’s an interesting read, even if you’re not working on a branching story tree for your own personal open world magnum opus.

At £29.99 this book isn’t cheap, but it’s a handy reference text, with a wealth of information for anyone keen to understand how games tell stories.

One thought on “The Game Narrative Toolbox”