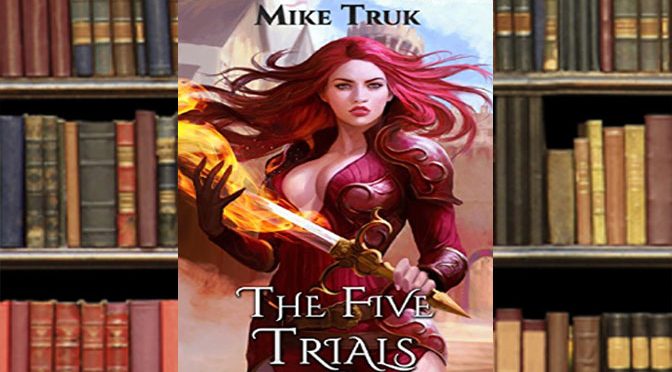 The plot of The Five Trials is way too dark for my tastes, and includes the use of torture, rape and extreme violence to further the plot. I really shouldn’t have decided that I’d give a blind shot to a recommended book that happened to be produced by Audible Studios without reading a single thing first as a form of experimentation in getting better at doing reviews. If you have any issues with the above acts you should keep far away from this book. For those who somehow enjoy that sort of thing, well this book may be for you if you are also a masochist who enjoys reading or listening to absolute trash. No judgement, it’s just not my cup of tea and I’m not going to recommend it for anyone.

That being said, as far as the story itself goes, it’s pretty terribly written mainly due to the way characters think and interact and the absolute butchering of various myths and legends into some horrific monstrosity that is this series’ “magic system.” 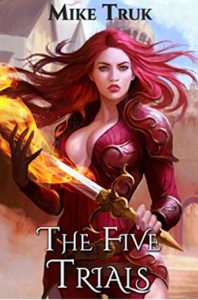 Characters: As I stated above, the characters are really poorly written and while it’s meant to make our main character Noah feel more realistic than some stories portray their protagonists, it only makes him look like a weak-minded idiot. He reacts to situations with combat by constantly freaking out, even after experiencing them multiple times. Not only that, but he just grates on you as a person with his constant inner monologue.

The rest of the cast is little better, with most of them being completely unrelatable and of those who are they still aren’t amazing characters with lots of depth. Given the length of this book, I’d have expected more character growth, but there was very little of that over the course of 16 hours. I liked Emma out of all the characters the most, and she still annoyed me with her lack of personality beyond being the obvious unrequited love interest of Noah and all that entails in terms of plot devices including friend zoning.

[amazon asin=B07KJRQ5C7&text=Pick up The Five Trials from Amazon.]

Voicework: Leo Barnabas does an okay job with the story, and at least makes the scenes come to life in your head, even if you are probably better without that for your own personal sanity due to the darkness of the plot. That said, it’s not enough to salvage the absolute mess this book is.

Overall: I cannot in good faith recommend this book to anyone. There are just too many faults between it’s incredibly, and unnecessarily, dark plot and poor characters. The fact that the Mr. Truk made an absolutely nonsense series name, Tsun-Tsun Tzimtzum, that seemingly makes a mockery of both the Japanese and Hebrew languages is just icing on the manure pile that is The Five Trials.