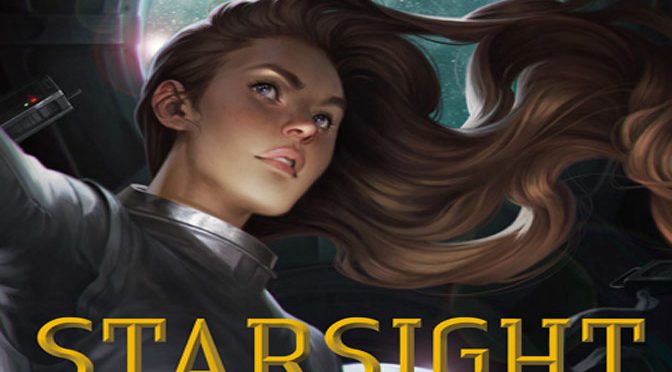 Hey all I’m back with the sequel to one of my favorite books from 2018. It’s Starsight, Skyward Book 02, by Brandon Sanderson!

Plot: First let me get this out of the way, Starsight is not a Cosmere novel. For those unfamiliar with that term, it refers to the mega-series that Brandon has written that is all interconnected and runs off the same principles, if in different ways for each series. This includes the series of Mistborn and the Stormlight Archives among other series.

The plot of Starsight takes place six months after the events at the end of Skyward. I really enjoyed this book, although there were some plot devices I saw coming, I also was surprised by a few. And like I’ve said before in other reviews, I don’t really get surprised by much these days. For those who were hoping to learn more and more about the Skyward universe, Starsight delivers. 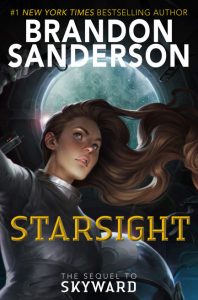 Characters: I loved the cast of Starsight, not only because we get to see Spensa be her adorkable sociopathic self, but that we get to meet even more fun characters. My favorite new character is probably Hesho, but the reasons I enjoyed him more than anyone else might surprise people. However I won’t go into them, because they are super spoilerific. Spensa as a character really grows over the course of this book, and I really enjoyed her adventures.

Overall: This is an amazing sequel, but given that it’s written by my “Gold Standard” author I am not surprised that Brandon Sanderson was able to deliver a top-notch novel.